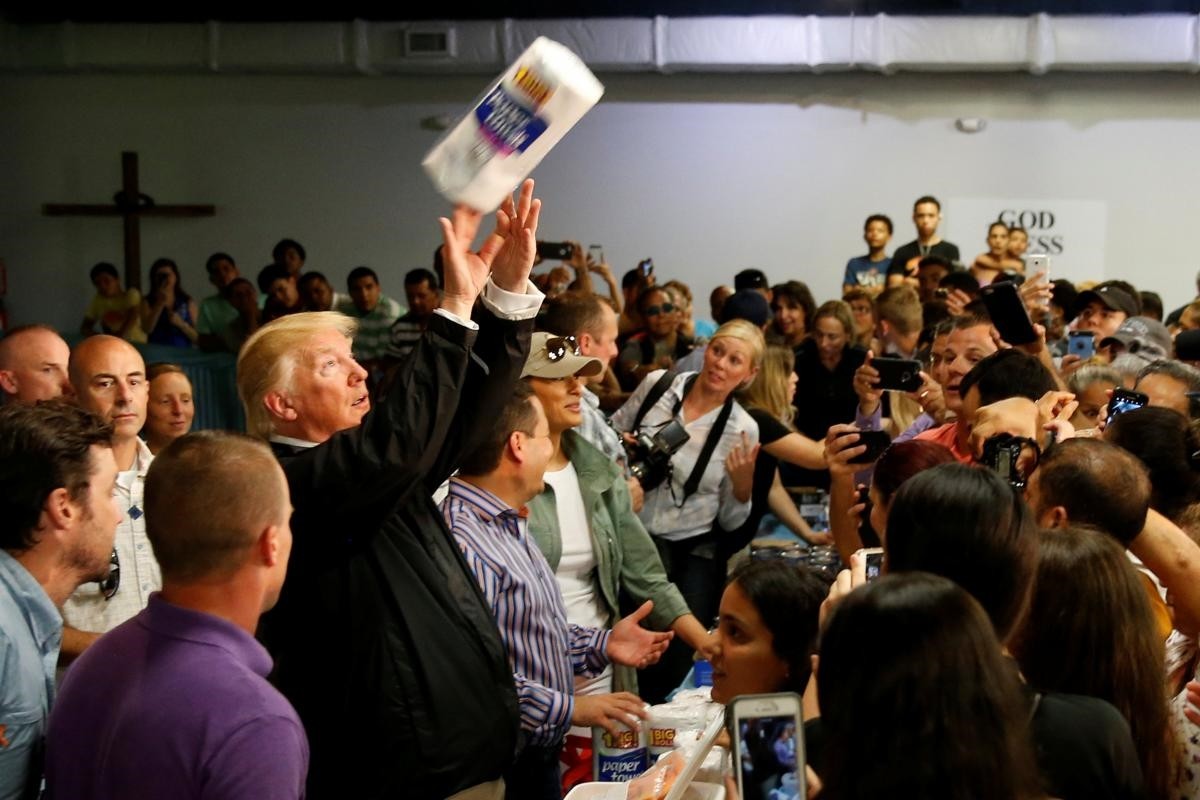 With a powerful hurricane bearing down on the Southeast coast, President Donald Trump on Tuesday turned attention back to the federal government's response to Hurricane Maria in Puerto Rico a year ago, deeming it "incredibly successful" even though a recent federal report found that nearly 3,000 people died.

The administration's efforts in Puerto Rico received widespread criticism. But after visiting the island last September, Trump said that Puerto Ricans were fortunate that the storm did not yield a catastrophe akin to the havoc wreaked by Hurricane Katrina along the Gulf Coast.

All told, about 1,800 people died in that 2005 storm. Puerto Rico's governor last month raised the U.S. territory's official death toll from Hurricane Maria from 64 to 2,975. The storm is also estimated to have caused $100 billion in damage.

"I actually think it was one of the best jobs that's ever been done with respect to what this is all about," Trump said Tuesday of the response in Puerto Rico, suggesting that it was made more difficult by the "island nature" of the storm site.

The governor of Puerto Rico, Ricardo Rossello, seized on Trump's use of the word "successful" and said in a statement issued later Tuesday: "No relationship between a colony and the federal government can ever be called 'successful' because Puerto Ricans lack certain inalienable rights enjoyed by our fellow Americans in the states."

Rossello called Hurricane Maria "the worst natural disaster in our modern history" and said work still remained before they could move on to other stages of recovery. He also said he was still waiting for Trump to respond to a petition to help Puerto Rico complete work on emergency housing restoration programs and debris removal. 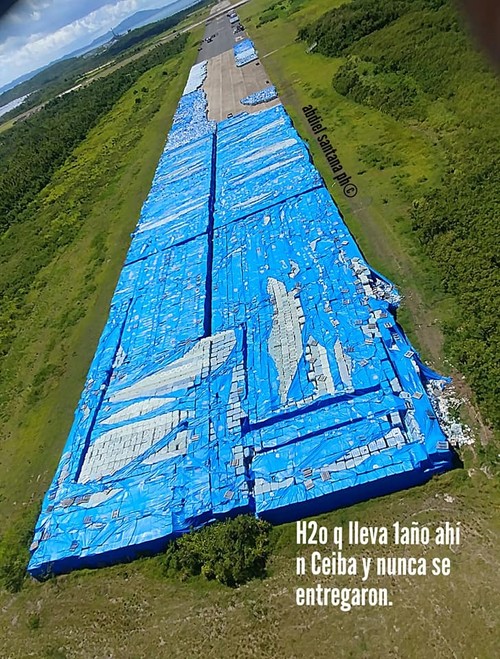 Meanwhile, photos of what were reported to be millions of water bottles, sent by the U.S. Federal Emergency Management Agency (FEMA) as part of relief efforts after Hurricane Maria, started circulating on social media.

Photos taken by a photographer working for a Puerto Rican police agency showed what appeared to be thousands of boxes sitting on a runway half-covered with blue tarp.

"What may be millions of water bottles. meant for victims of Hurricane Maria, have been sitting on a runway in Ceiba, Puerto Rico, since last year, according to @FEMA, which confirmed the news to me," Begnaud wrote.

Trump, having long struggled to express empathy at times of national crises, sparked outrage when he feuded with the mayor of San Juan and passed out paper towels to victims like he was shooting baskets during his visit to the island.

While defending the handling of the previous storm, he urged caution in regards to the new one bearing down on North Carolina, South Carolina and Virginia.

"The safety of American people is my absolute highest priority," Trump told reporters in the Oval Office. "We are sparing no expense. We are totally prepared. We are ready. We are ready as anybody has ever been."

The president, flanked by maps of the storm and the heads of the Department of Homeland Security and the Federal Emergency Management Agency, said Florence was unlikely to change course before it is expected to make landfall with 130 mph winds and potentially ruinous rains in the coming days.

"They haven't seen anything like what's coming at us in 25, 30 years, maybe ever," Trump said of the states in the storm's path. "It's tremendously big and tremendously wet. Tremendous amount of water."

Florence was expected to blow ashore late Thursday or early Friday, then slow down and wring itself out for days, unloading 1 to 2½ feet (0.3 to 0.8 meters) of rain that could cause flooding well inland and wreak environmental havoc by washing over industrial waste sites and hog farms. North and South Carolina and Virginia ordered mass evacuations along the coast.