US foreign-born population hits highest in more than 100 years 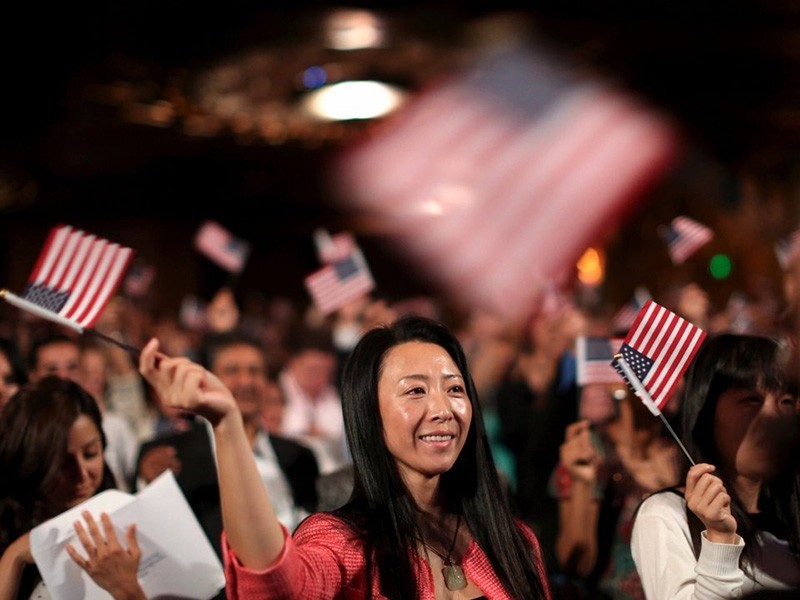 The number of foreign-born people in the United States grew last year to its highest share in over a century, according to Census Bureau data published on Thursday.

The increase took the number of foreign-born residents to 44.5 million in 2017, up 1.8 percent from a year earlier.

The administration has said it wants to restrict legal immigration, and has stepped up efforts as well to detain and deport immigrants in the country illegally since President Donald Trump took office in January 2017.

But so far, said Randy Capps, a demographer at the Migration Policy Institute, the government hasn't restricted legal immigration much and America's strong job market likely fueled part of last year's increase in the foreign-born population. "The economy's definitely a factor in this, not just in more people coming but in more people staying," Capps said.

Foreign-born residents made up 13.7 percent of the U.S. population in 2017, up from 13.5 percent in 2016, according to the Census Bureau's estimates. That put the proportion of immigrants in the United States last year at the highest since 1910, when they made up 14.7 percent of the population.

The data also showed that an increasing number of immigrants were Asian or had advanced university degrees, extending a trend that has been in place for over a decade during which immigration from Mexico slowed. The share of immigrants from Mexico fell to 25.3 percent last year from 26.5 percent in 2016, while the share from China rose to 6.4 percent from 6.2 percent.

The data comes from the government's annual American Community Survey, which demographers consider the most comprehensive source for estimating the immigrant population.

The survey, also used to gauge demographic trends in cities and counties around the country, counts all foreign-born people but does not distinguish between those in the country legally or illegally.

Demographers say the survey likely undercounts those in the country illegally. Illegal immigrants can be more difficult for surveyors to locate due to informal living arrangements, and some may avoid being included in surveys for fear of being reported to the government, researchers say.

Jeffrey Passel, a demographer at Pew Research Center, has estimated that the actual immigrant population is likely 3 percent to 5 percent higher than the number in the Census Bureau's American Community Survey.