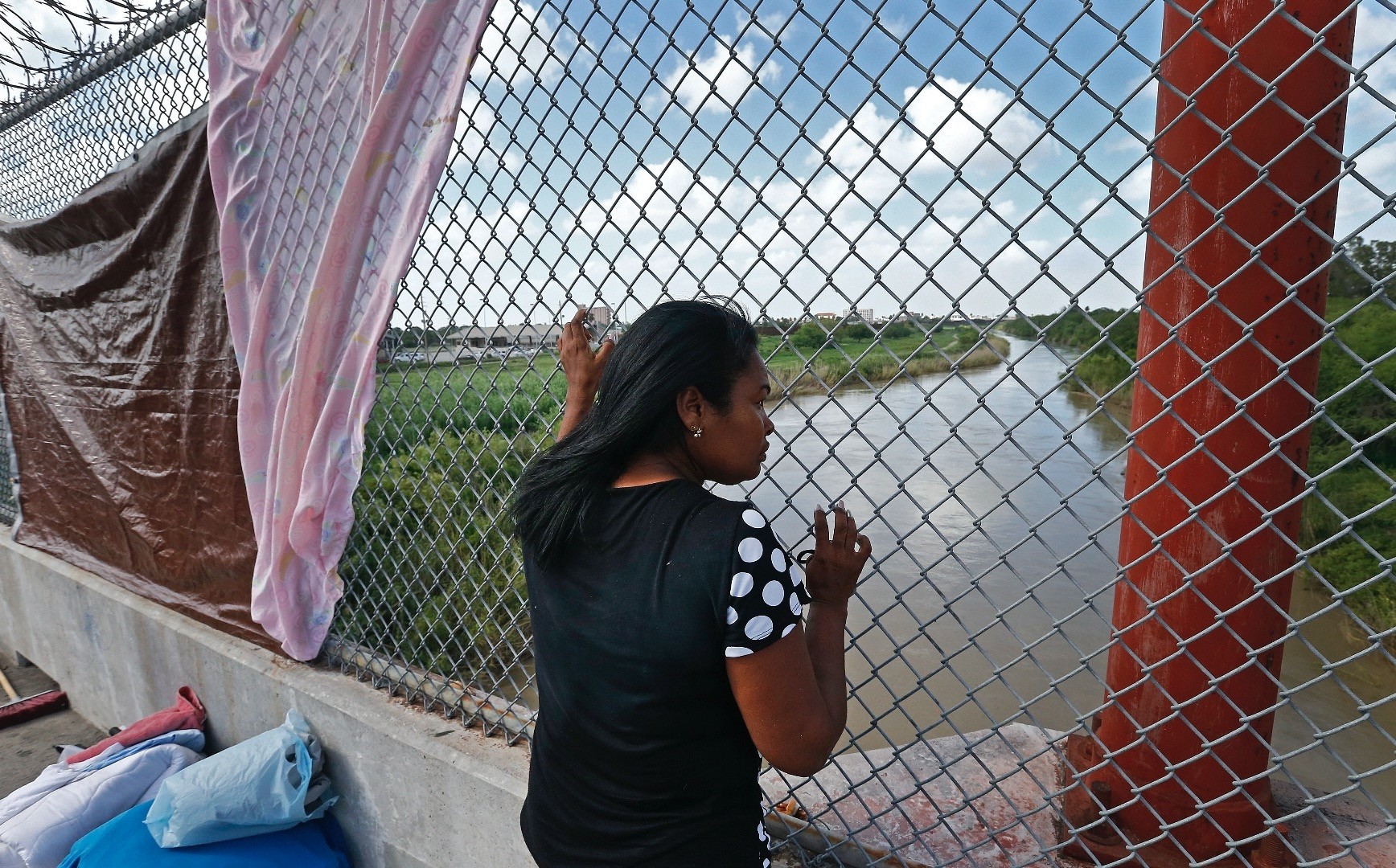 An immigrant seeking asylum looks out across the Rio Grande River while waiting in the middle of the bridge to get into the U.S. from Matamoros, Mexico.
by Sep 14, 2018 12:00 am

The Trump administration called for tougher immigration laws after fresh data indicated more migrant families than ever are attempting to cross the Mexican border into the U.S. illegally

Border Patrol data shows that arrests of families illegally entering the United States across the southern border jumped 38 percent in August from July, despite President Donald Trump's efforts to crack down on the flow. A total of 12,774 people who crossed the border as families were taken into custody last month, the highest ever for the month of August.

The number jumped after U.S. courts ordered the administration to stop separating immigrant children from their parents for lengthy periods, a practice that had left hundreds of young children detained in U.S. government camps without family for months on end.

Rights groups and U.N. officials have repeatedly condemned the separations as abuse of children's rights. But as of last week more than 400 children remained in detention facilities away for their parents and relatives, far beyond the 20-day legal limit on how long children can be separated from their families. Last week, the Trump administration acted to remove the 20-day limit, aiming to establish a stronger deterrent to illegal immigration.

"August Southwest Border Migration numbers show a clear indicator that the migration flows are responding to gaps in our nation's legal framework," said Tyler Houlton, spokesman for the Department of Homeland Security, which oversees the U.S. Customs and Border Protection agency. "Smugglers and traffickers understand our broken immigration laws better than most and know that if a family unit illegally enters the U.S. they are likely to be released into the interior," he said in a statement.

The administration argues that families understand that if they enter the United States and are arrested, they can declare they are seeking asylum and gain release into the United States, while they await adjudication. "We know that the vast majority of family units who have been released, despite having no right to remain in any legal status, fail to ever depart or be removed," said Holton.

Most of those entering the country illegally now come from Central America – mainly El Salvador, Honduras and Guatemala – making it harder to send them back than those from Mexico. In the October-June period, Holton said, only 1.4 percent of the families that arrived from those three countries were repatriated. The pickup in border arrests, which officials say indicates the overall level of attempted entries, extended to individuals attempting to come to the United States, and unaccompanied children as well.

The total number of people arrested, including individuals and unaccompanied children, rose 20 percent in August from July by to 37,544 individuals. The figure was sharply higher than one year ago despite hotter than usual temperatures in the southwest U.S. desert.