State Dept. under fire for spending $52,000 on curtains for UN envoy’s apartment amid budget cuts 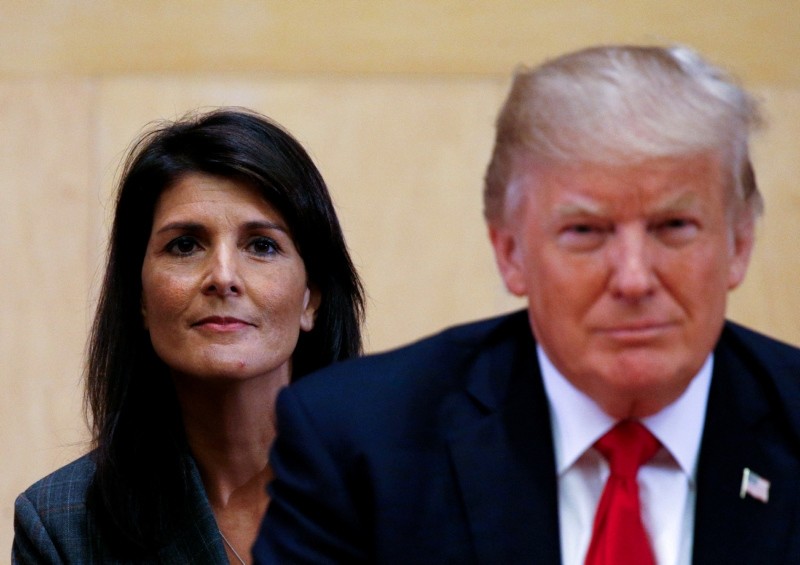 The U.S. State Department's wasteful and extravagant spending has again come under fire as a report revealed on Thursday that the government entity spent $52,701 last year on customized and motorized curtains for U.S. Ambassador to the U.N. Nikki Haley's official residence in Manhattan. The purchase was also made while the department was undergoing steep budget cuts and had frozen hiring.

The costly curtains were purchased for Haley's 6,000 square-foot full-floor penthouse apartment on First Avenue, according to The New York Times. Haley is also the first U.S. ambassador to live in the residence, which is listed for $58,000 a month.

Citing contracts, the NYT also reported that the curtains themselves cost $29,900 while the motors and hardware needed to open and close them automatically cost $22,801.

The curtains were installed last year between March and August 2017 during Haley's tenure.

A spokesperson for Haley defended the ambassador, saying she had no say in the purchase and that plans to buy the curtains were made during the Obama administration in 2016.

Patrick Kennedy, the top management official at the U.S. State Department during the Obama administration, also came to the government's defense, saying it was needed for both security and entertainment purposes after a Chinese company purchased the Waldorf-Astoria — the $135,000-a-month suite Washington had previously chosen for its top diplomats.

"All she's got is a part-time maid, and the ability to open and close the curtains quickly is important," Kennedy said.

The fact that the spending came at a time when former secretary Rex Tillerson had frozen hiring and proposed cutting the department's budget by 31 percent "to prioritize the efficient use of taxpayer resources" has added to the public uproar.

Many people have taken to social media to express their shock and anger about the expensive revelation, calling the Trump administration corrupt, and criticizing the government for not putting the money toward something that would benefit the whole nation — such as universal healthcare like one Twitter user pointed out.

However, this is not the first time the Trump administration has received backlash for its misuse of public funds and lavish spending.

Interior Department Secretary Ryan Zinke came under scrutiny last year over a $139,000 upgrade for three sets of double doors in his Office. He also spent $53,000 on three helicopter trips in 2017, including one that allowed him to go on a horseback ride with Vice President Mike Pence.

Health and Human Services Secretary Tom Price was forced to resign in September 2017 following media reports he spent at least $400,000 in taxpayer funds on private jets for himself and his staff.

A 2007 renovation of the interior secretary's personal bathroom had also cost $222,000, a figure that included a sub-zero refrigerator and custom cabinetry.