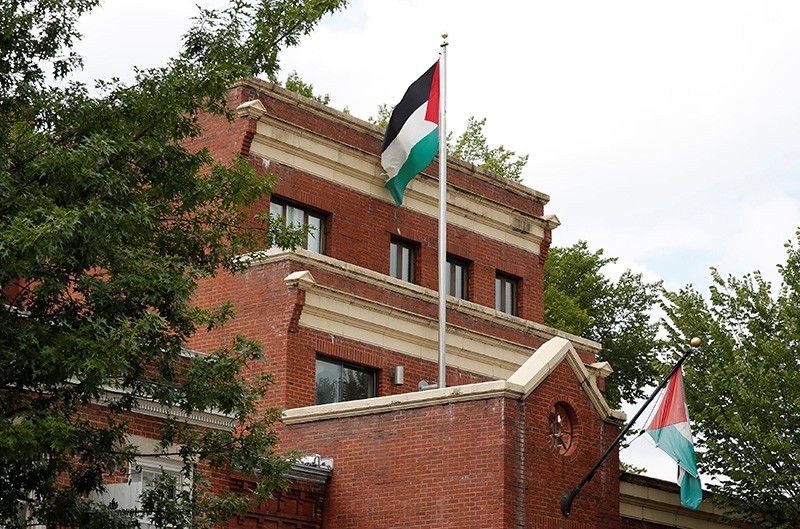 Washington has revoked the residency permit of Husam Zomlot, head of the Palestine Liberation Organization's (PLO) General Delegation to the U.S.

The U.S. also canceled the residency permit of Zomlot's family members and closed his bank accounts, Ahmad Majdalani, a member of the Executive Committee of the PLO, told Anadolu Agency.

A statement by the PLO on Sunday said the permits of Zomlot's wife and young son and daughter had been valid until 2020.

Zomlot told Lebanese television channel Al Mayadeen that he and his family were ordered to leave "immediately."

The move came after the U.S. administration announced the closure of the PLO's Washington office, which also serves as a Palestinian embassy.

Majdalani said Washington's decisions did not fit with "diplomatic manners."

Wasel Abu Yousef, a PLO executive committee member, said that Zomlot has been in Ramallah for four months when he was recalled by the Palestinian authorities.

Yousef also condemned the decision by the U.S.

"While today is a dark day for peace in the Middle East, for multilateralism, and the integrity of the international political and legal system, we will continue our struggle to pursue all possible legal and political means to achieve peace, independence and our internationally enshrined rights," Zomlot said earlier in the week in response to the closure of the Washington office.

The decision also comes as the U.S. administration prepares to unveil a controversial Middle East peace plan, details of which have yet to be made public.