Trump withdrawing from Vienna protocol over Palestinian case against US Jerusalem move: Bolton 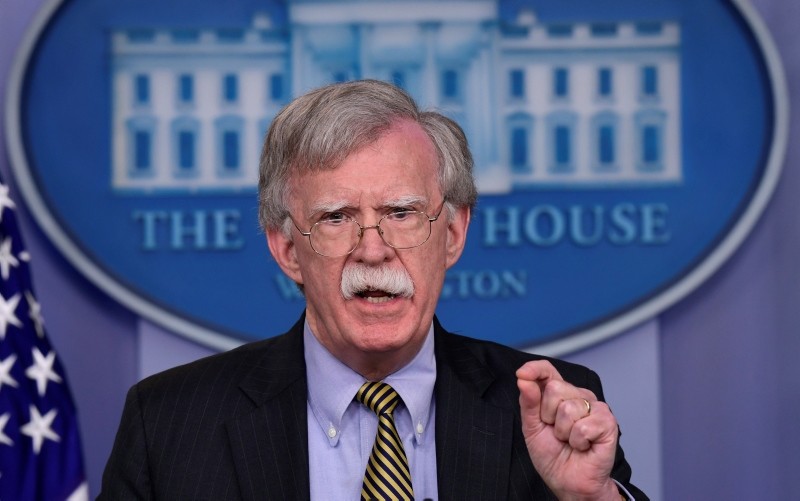 U.S. National Security Adviser John Bolton on Wednesday said President Donald Trump had decided to withdraw from the optional protocol on dispute resolution to the Vienna Convention in connection with a case challenging the recent embassy move from Tel Aviv to Jerusalem.

"This is in connection with a case brought by the so-called State of Palestine naming the United States as a defendant, challenging our move of our embassy from Tel Aviv to Jerusalem," he said at a White House briefing.

"I'd like to stress the United States remains a party to the underlying Vienna Convention on Diplomatic Relations and we expect all other parties to abide by their international obligations under the convention."

Bolton also said the administration was reviewing all international agreements that could expose it to binding decisions by the International Court of Justice saying it was politicized and ineffective.

His announcements came hours after U.S. Secretary of State Mike Pompeo said the United States was terminating a treaty of amity with Tehran.

The court, which is based in The Hague, ordered the United States to ensure that sanctions against Iran, due to be tightened next month, do not affect humanitarian aid or civil aviation safety.

Judges at the International Court of Justice, also known as the World Court, handed a victory to Tehran, which had argued that sanctions imposed since May by the administration of U.S. President Donald Trump violate the terms of a 1955 Treaty of Amity between the two countries.

Citing what he called "Iran's abuse of the ICJ," Bolton said: "We will commence a review of all international agreements that may still expose the United States to purported binding jurisdiction, dispute resolution in the International Court of Justice. The United States will not sit idly by as baseless politicized claims are brought against us."