Kavanaugh's confirmation major win for Trump ahead of midterms 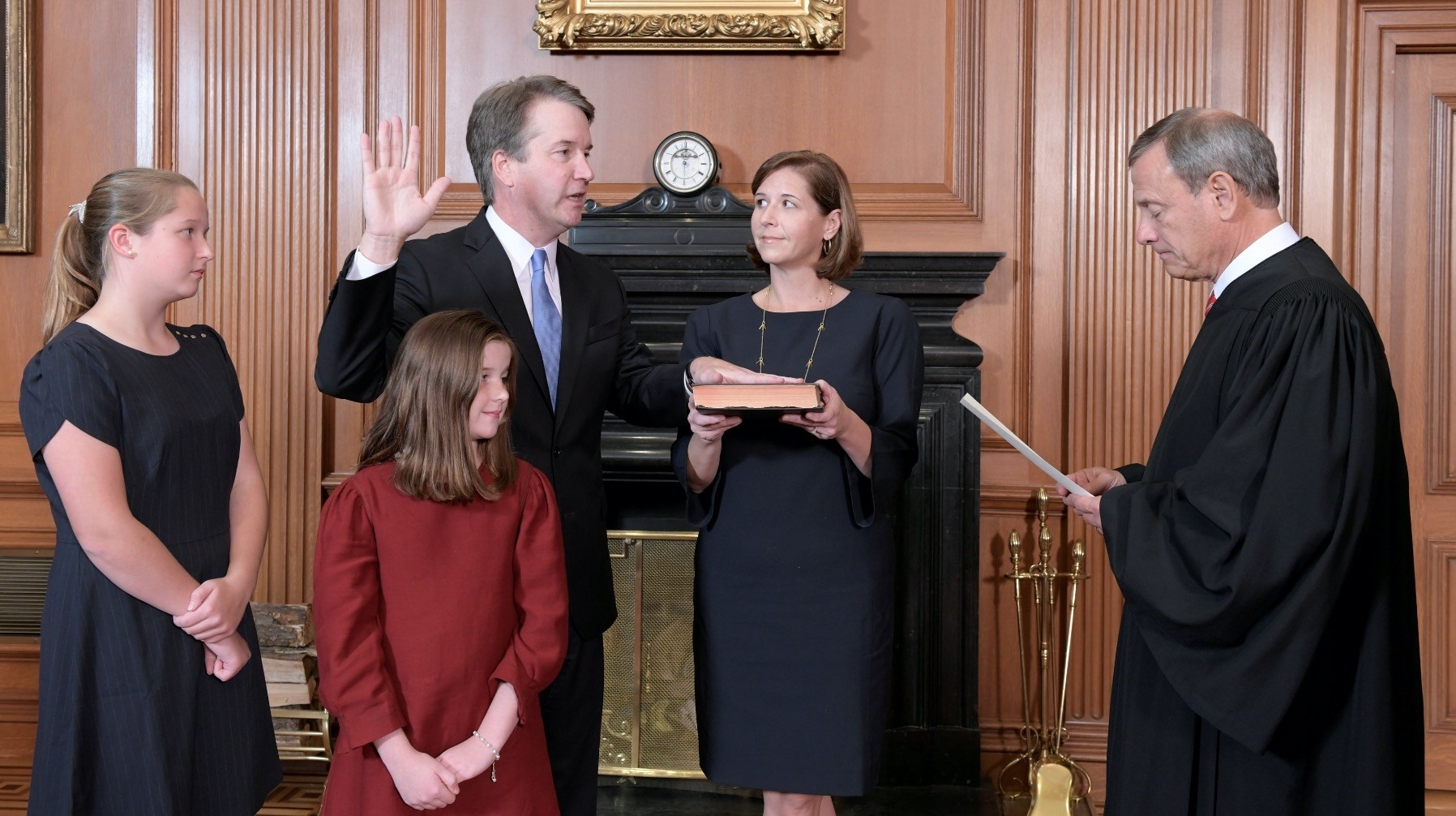 After a bitterly contested vote and public discord that has captured headlines for weeks, President Donald Trump's nominee Brett Kavanaugh has been sworn in as the 114th justice of the U.S. Supreme Court

It has not been an easy road for Brett Kavanaugh but Republican Party members and news pundits view this as a major victory ahead of the much-awaited and highly critical midterm elections on Nov. 3.

President Donald Trump himself celebrated the victory with his supporters in a Kansas rally that took place not long after Kavanaugh was confirmed.

He congratulated Kavanaugh via Twitter shortly after the confirmation, saying that he applauded and congratulated "the U.S. Senate for confirming our GREAT NOMINEE, Judge Brett Kavanaugh, to the United States Supreme Court. Later today, I will sign his Commission of Appointment, and he will be officially sworn in. Very exciting!"

While he uncharacteristically refrained from directl

y attacking his fiercest democratic opponents on Twitter, he did not let his guard down during the actual rally, during which he condemned the Democrats' "shameless campaign of political and personal destruction." He was referring to the numerous attacks leveled at Kavanaugh and his family had received due to unconfirmed allegations of sexual assault.

Kavanaugh's confirmation hearing has been one of the most contested Supreme Court nominee hearings and votes, joining the ranks of the confirmation of another conservative justice on the court, Clarence Thomas, who assumed office in 1991 after also having been accused of making inappropriate and sexual advances to female attorney Anital Hill.

FBI: No evidence of wrongdoing

Kavanaugh's battle with both his accusers and the U.S. Senate was not easy either, because not only was he had been nominated on July 9 by Trump, who has many enemies in the Senate, but he was also was accused of sexual assault by Christine Blasey Ford while the two of them were in high school in the early 1980s.

Two other women also accused Kavanaugh of sexual assault; Kavanaugh rejected all accusations before the Senate and took a defensive stance which many Democrats claimed made him unfit for a seat on the Supreme Court.

Kavanaugh however was, in the end, redeemed in the eyes of Republicans, after seven different background investigations into the matter by the FBI revealed no evidence against him.

The FBI investigations failed to reveal other incriminating actions by Kavanaugh during his career as well.

The new judge's confirmation has bitterly divided the nation once again, as the difficult and ugly subject of false sexual assault accusations once again came into the spotlight.

There were those who've said that they believe Ford and that any woman who makes such claims should be believed.

The other side was not afraid to voice their opposition to such a belief, arguing that should something like this become widely accepted in both society and government, it could be used to falsely sabotage any man's career on any level simply because they were accused by a woman.

Trump, as he's done in the past as well, had wasted no time in defending Kavanaugh against his accusers. He publicly stated before the vote that he had no doubt that Kavanaugh was "squeaky-clean."

"If there was even a scintilla of something wrong – he was a very big judge for many years on what they call the second highest court – that would have come out loud and clear," Trump said after the vote.

This is not President Trump's first experience with a difficult Supreme Court nomination.

While running as the Republican presidential candidate back in September 2016, Trump had announced that he had a list of 21 names that he would choose his Supreme Court nominee from to replace the late Justice Antonin Scalia.

After he took office in January, Trump announced that his pick would be Neil Gorsuch.

Despite the fact that the American Bar Association had given Gorsuch its top rating of "Well Qualified" to serve as associate justice in the Supreme Court, dubious articles emerged on the Buzzfeed and Politico publications, claiming that Gorsuch had plagiarized certain paragraphs in his book, "The Future of Assisted Suicide and Euthanasia."

The accusations were later proven to be baseless, yet this claim was enough ground for Democrats to filibuster his nomination, prompting Republicans to invoke the so-called "Nuclear Option" of changing the law, so that Supreme Court nominees will be confirmed with a simple majority as opposed to a 60-vote threshold, which was enough to confirm Gorsuch as Scalia's successor.

While it might have seemed seem unlikely to some and unbelievable to others, Trump and the GOP's major victory in getting Kavanaugh to the Supreme Court, who was approved by 51 votes, one of which was cast by the Democrat Joe Manchin (West Virginia), put them one step ahead of the Democrats going into the Senate elections, or midterms.

While polling numbers do not suggest any significant changes or noteworthy reason for Republican optimism, political fortune-telling is never an ease game. Many Republicans expected a Democratic victory during the 2016 race.

Trump seems to be one of the few optimistic party figures, saying that he believes the Republicans "are going to do incredibly well."

"I think we have a momentum that hasn't been seen in years," he said.