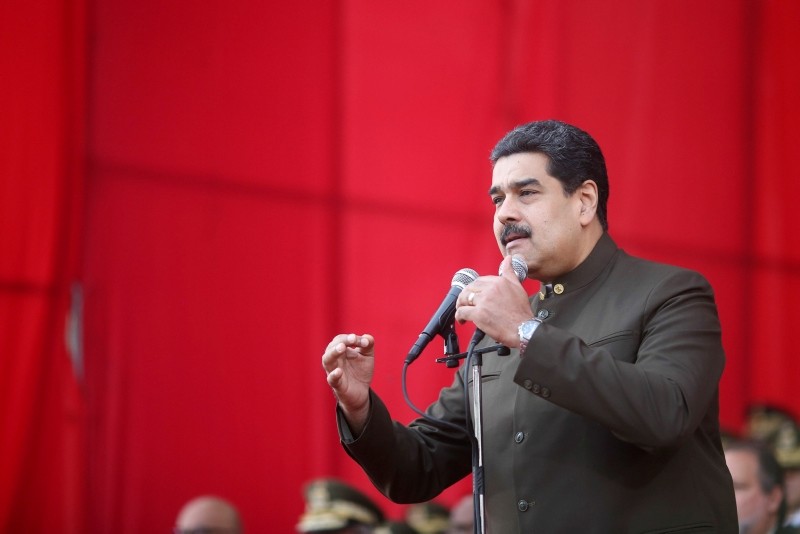 Venezuelan President Nicolas Maduro on Thursday asserted that the United States had ordered Colombia to assassinate him.

"The White House tasked Bogota with killing Maduro," the Venezuelan president said in a statement broadcast on radio and television. "That's why they call me a dictator, because anything goes against a dictatorship."

He vowed that "they will not even touch a single hair of mine."

He gave no evidence for his accusations. He has previously accused Washington of helping those behind the August 4 drone attack on him in Caracas and of waging economic war on Venezuela.

Maduro contended that he is the victim of an "economic war" led by U.S.-backed adversaries. He denied limiting political freedoms, insisting that Washington-supported opposition leaders have plotted assassination attempts and sought to overthrow him through violent street protests.

In the immediate aftermath of the attack he also accused then Colombian president Juan Manuel Santos of being responsible for it.

In Thursday's message he insisted that "God and the people protect me" and said that if anything happened to him the working class must launch a general strike and insurrection.

He did not mention the case of Fernando Alban, the opposition city council member who died after falling from a window at the headquarters of the SEBIN intelligence agency in Caracas on Monday.

The government says he committed suicide, while the opposition have accused authorities of foul play. Alban had been detained over his alleged involvement in the drone attack.

Venezuela's opposition says Maduro lobs ludicrous accusations at enemies to deflect from his own incompetence.

Almost 2 million Venezuelans have fled the ailing oil-rich nation since 2015, driven out by brutal food and medicine shortages, hyperinflation, and violent crime.

Washington has imposed sanctions on Venezuela, denouncing Maduro as a dictator who has quashed human rights and triggered an economic meltdown.

The White House accused Maduro's government on Wednesday of involvement in the death of a jailed Venezuelan politician whom authorities say killed himself but whom opposition parties say was murdered.

Maduro, a former bus driver and union leader, said in a televised broadcast on Thursday night the United States had asked the government in neighboring Colombia to kill him.

While the U.S. has previously denied any involvement in the August attack, it expanded its sanctions on Maduro's inner circle last month, with President Donald Trump warning that, "Every option is on the table with respect to Venezuela."