US Sen. Graham says he won't do business with Saudi over ‘toxic’ crown prince 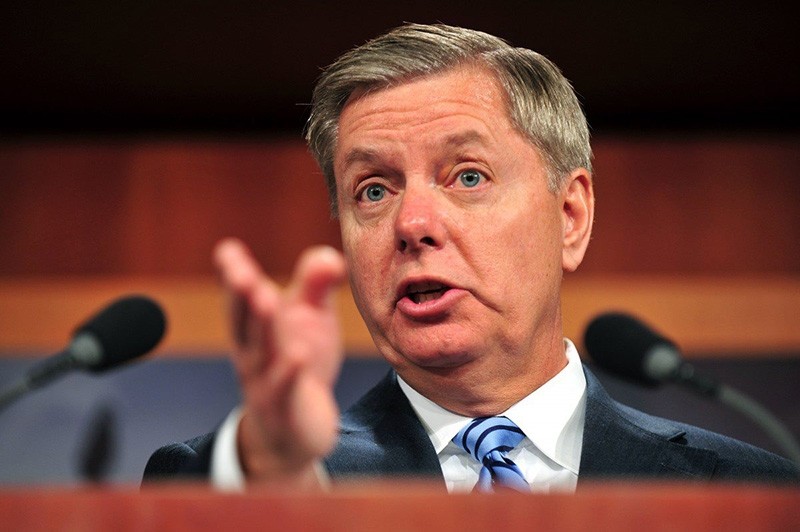 "This guy has got to go. Saudi Arabia, if you're listening, there are a lot of good people you can choose, but MBS has tainted your country and tainted himself," Graham told Fox News on Tuesday, referring to the crown prince by initials. "Nothing happens in Saudi Arabia without MBS knowing it."

"I can never do business with Saudi Arabia again until we get this behind us. That means I'm not going back to Saudi Arabia as long as this guy is in charge," he said.

Graham's comments come as Secretary of State Mike Pompeo is on a visit to Riyadh to discuss the disappearance and alleged murder of journalist and Washington Post contributor Jamal Khashoggi with King Salman and the crown prince.

Khashoggi has not been seen since he entered the Saudi consulate in Istanbul on Oct. 2. The Saudi government denies any involvement, though they have agreed to form a joint investigation team with Turkish authorities.

Turkish authorities have suggested bin Salman may have had a role in the incident, as footage of an "assassination team" believed to have targeted Khashoggi arrived on jets owned by the crown prince.

"I've been their biggest defender on the floor of the United States," Graham told Fox.

"This guy is a wrecking ball. He had this guy murdered in a consulate in Turkey and to expect me to ignore it, I feel used and abused," he said.

"The MBS figure is to me toxic. He can never be a world leader on the world stage," he added.

Graham said he did not know what President Donald Trump would do, but he did have his own action plan. "I know what I'm going to do. I'm going to sanction the hell out of Saudi Arabia," he said, adding that he felt "personally offended."

Trump suggested Monday that "rogue killers" may have been responsible for Khashoggi's death, not the Saudi Arabian government, after a phone call with King Salman. He dispatched Pompeo to Riyadh later Monday.

Trump has been facing increasing pressure from lawmakers who are asking him to hold Saudi Arabia to account if the country was behind Khashoggi's abduction or killing.

The president on Saturday threatened to sanction military deals with the kingdom and was met with Riyadh's vow to respond with "greater action" should the U.S. seek to punish it.