Trump says 'not satisfied' with Saudi explanations of Khashoggi's death 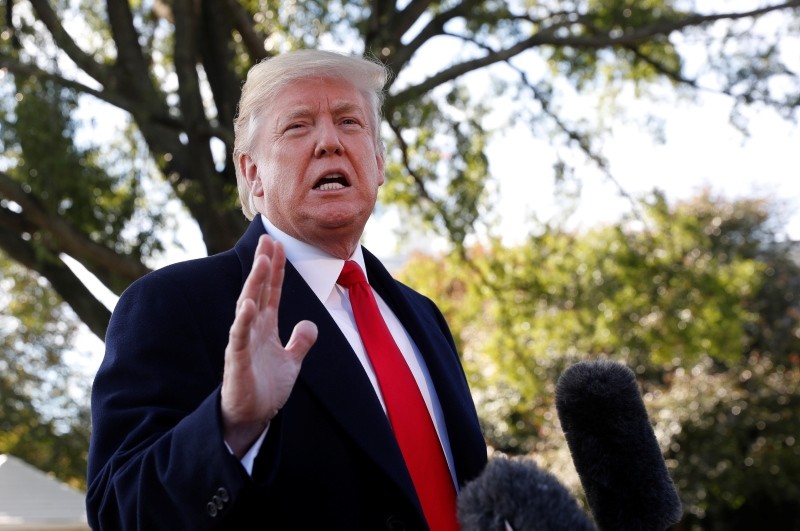 Trump stops to talk to members of the media before walking across the South Lawn of the White House in Washington, Monday, Oct. 22, 2018, to board Marine One helicopter for a short trip to Andrews Air Force Base, Md., en route to Houston. (AP Photo)
by Daily Sabah with Agencies Oct 22, 2018 12:00 am

U.S. President Donald Trump said Monday he was "not satisfied" with Riyadh's explanation of how journalist Jamal Khashoggi, a Washington Post contributor, died inside the Saudi consulate in Istanbul.

"I am not satisfied with what I have heard," Trump told reporters at the White House, adding that he thought more would be known about the controversial case "very soon."

After a phone call with Crown Prince Mohammed bin Salman, Trump also said "there's no reason" for Saudi Arabia's request for a month to complete an investigation into Khashoggi, adding "that's a long time."

Saudi Arabia's Foreign Minister Adel al-Jubeir said Tuesday the kingdom was committed to a thorough and complete investigation to get to the truth behind the killing of Khashoggi.

Saudi Arabia had sent a team to Turkey for a joint investigation and "uncovered evidence of a murder" in the Saudi Arabian consulate in Istanbul, the minister told a news conference in Indonesia during a state visit.

"We expressed commitment ... to see to it that the investigation is thorough and complete and the truth is revealed and those responsible will be held to account," al-Jubeir said at the joint news conference with his Indonesian counterpart.

"We will see to it ... that procedures and mechanisms are put in place to ensure that something like this can never happen again," he said.