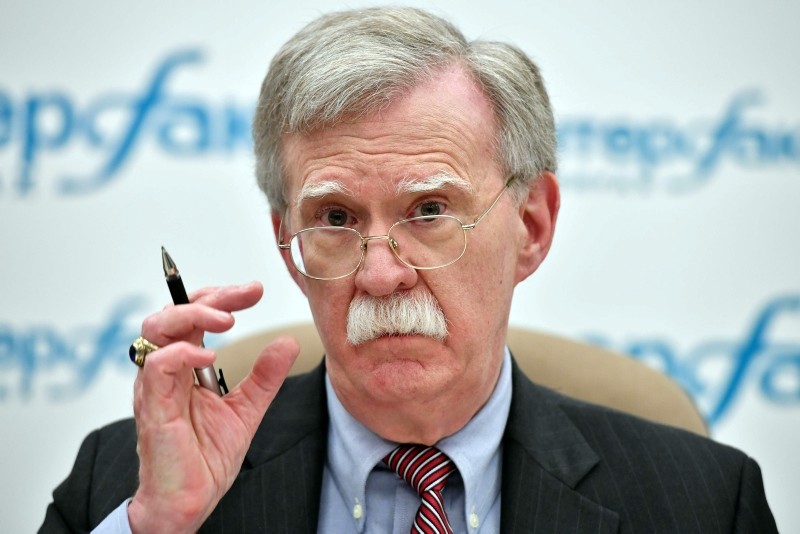 John Bolton, National Security Adviser to the US President, gives a press conference in Moscow on October 23, 2018. (AFP Photo)
by Compiled from Wire Services Oct 23, 2018 12:00 am

Speaking on a visit to Moscow, Bolton said there was no evidence the meddling -- which Russia has denied -- materially affected the outcome of the 2016 presidential election, but that it did create mistrust towards Russia.

Wrapping up two days of talks in Moscow, Bolton said he told his Russian interlocutors that Moscow's meddling has been "particularly harmful for Russian-American relations without providing anything for them in return."

Bolton dismissed any suggestion that Russian actions may have affected the election results but said "it's the effort alone to interfere in our elections that are objectionable.

"The fact was that the outcome would have been the same by all the evidence we have," said Bolton after his talks with Russian President Vladimir Putin and his top lieutenants.

"What the meddling did was create distrust and animosity within the United States, and particularly made it almost impossible for two years for the United States and Russia to make any progress. That's a huge loss for both countries, particularly for Russia," he said. "So it's a lesson I think: Don't mess with American elections."

Russia has staunchly denied any state-sponsored meddling, although Putin has suggested some "patriotic" individual hackers might have been involved.

The U.S. has accused a group of agents with Russia's GRU military intelligence of a damaging hack of Democratic National Committee emails during the 2016 campaign. Special investigator Robert Mueller indicted 12 people identified as GRU officers in July as part of his probe into possible Russian collusion with Donald Trump's campaign.

In addition, Mueller has indicted 13 Russians suspected of working for a so-called troll factory that allegedly spread disinformation and manipulated American voters online.