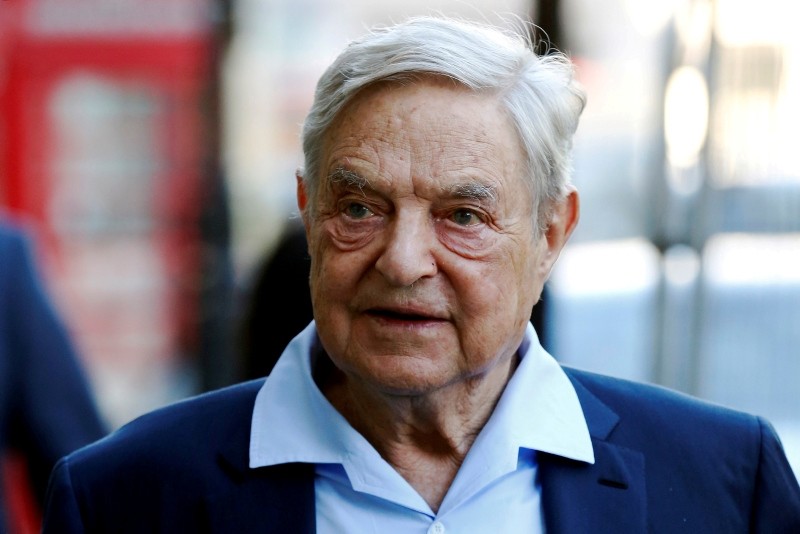 | Reuters Photo
by Associated Press Oct 23, 2018 12:00 am
The FBI and local police responded to an address near the home of philanthropist George Soros after an object that appeared to be an explosive was found in a mailbox, according to authorities.

The Bedford Police Department said it responded to the address in the hamlet of Katonah at 3:45 p.m. Monday after an employee of the residence opened the package.

The person placed the package in a wooded area and called police, who alerted the FBI and the Bureau of Alcohol, Firearms and Explosives.

The FBI's New York field office said on Twitter that it was "conducting an investigation at and around a residence in Bedford, NY. There is no threat to public safety, and we have no further comment at this time."

Neither local nor federal authorities would say whether the object was capable of exploding.

Soros, a billionaire who made his fortune in hedge funds, has donated heavily to liberal causes and is vilified on the right.

He is also the subject of many unfounded conspiracy theories. Recently, conservative critics have, without evidence, accused him of secretly financing a caravan of Central American migrants to make their way north toward Mexico and the U.S.

Others have falsely accused him of being a Nazi collaborator during World War II, when he was a child in Hungary.