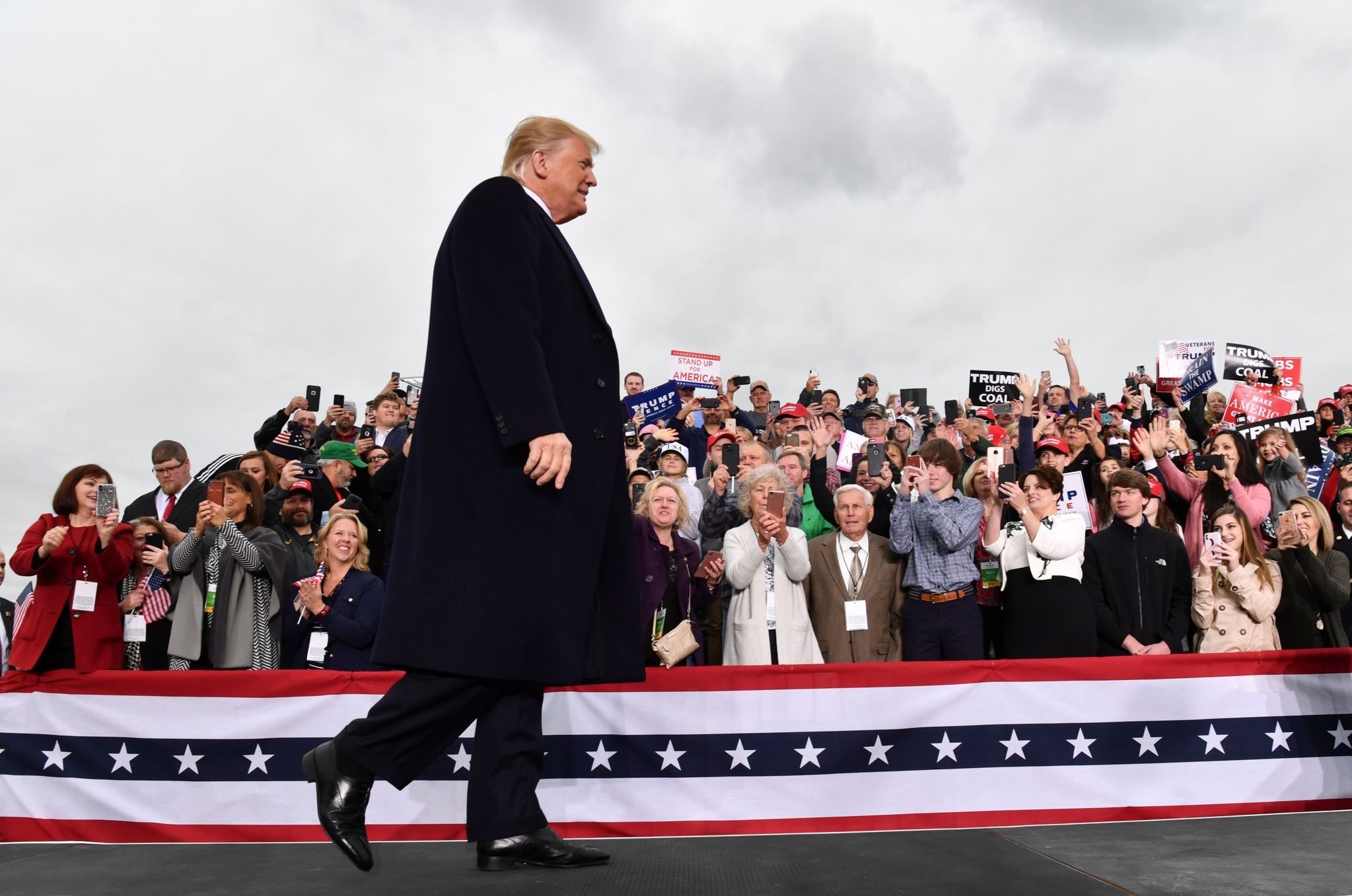 While any sitting president would always want to have more rather than less seats in Congress, the Republican Party is in the curious position of not being particularly threatened by an unfavorable result

Just like in the 2016 race, President Donald Trump has lost no time touring the United States and campaigning for his party while also touching upon other issues affecting the nation.

Gathering support for not just his administration but also hopeful Republican candidates running for seats in the U.S. House and Senate, making up Congress, he's mainly using topical issues such as the controversial "immigrant caravan," as it's been termed, in order to showcased how the Democrats would handle it as opposed to the GOP.

While the Democrats have historically not have strong results in midterm elections, the latest example being them losing control of both chambers of Congress in 2010 under Barack Obama's administration, which hurt his ability to pass through his agenda and was forced to rely heavily on executive orders in order to keep his campaign promises; however Obama easily won again in 2012, and should the GOP lose control come Nov. 6, re-election in 2020 will be their bet.

The Republicans have had a tough time in Congress over the past two years. While they've been able to pass a number of important laws, such as historic tax cuts, other campaign promises made by Trump since 2015, the most prominent of which has been the wall with Mexico have lacked funding support in the bicameral Congress, keeping the project grounded for now.

Neoconservatives like the late Senator John McCain, who for the most part support neither Trump nor his agenda, view losing control of Congress as an opportunity to blame the Democrats for obstruction of the White House's agenda while they themselves do not actually want that agenda to go through.

However this past October and even the first days of November have been dominated with so-called "surprises," most of which have actually favored not only the GOP as a whole but Trump himself.

One of these early surprises was the confirmation of Judge Brett Kavanaugh, who, at the start of his confirmation hearing, was plagued by accusations of sexual misconduct by no fewer than three women, one of which admitted over the weekend that she had in fact lied.

Later came new revelations from Project Veritas, a conservative investigative journalism team headed by James O'Keefe. Much like they had done during the 2016 race, they infiltrated the campaigns of several prominent Democratic Party forerunners and secretly taped their high-level staffers admitting to wrongdoing and other unfavorable activities, or even talking about voters with contempt. The tapes, while not earth-shaking for the midterms as a whole, have already hurt the Democrats. Then later in October reports of pipe bombs being mailed to prominent anti-Trump figureheads such as billionaire George Soros, former President Obama, Bill and Hillary Clinton and even CNN.

While initially spawning the next news cycle for about a week, the story died down after it was revealed that all the "bombs" were actually never capable of ever blowing up, and parody "Daesh flags" were found glued on them, leading many to suspect that the packages were actually the result of a highly organized prank with the goal of causing chaos, particular at the offices of CNN Warner.

The "pipe bomb" story overlapped with the shooting of the Tree of Life Synagogue in Pittsburgh. Leaving 11 dead and seven injured, including four police officers, it was the deadliest attack against the Jewish community in U.S. history.

The shooter however, unlike what was first reported, was not a diehard Trump supporter but an adamant neo-Nazi who actually deeply hated the president, as do most neo-Nazis since they believe that his policies are lukewarm at best and designed to make conservatives stray away from far right extremism. Another reason they condemn Trump into the same level as, for example, Hillary Clinton, because of his unquestionable support for Israel and the Jewish community, which neo-Nazis deeply despise.

These stories have largely fizzled out, but the one that has stuck has been the now infamous immigrant caravan from Guatemala, numbering anywhere from 2,000 to 5,000 people who organized into a group '"determined" to illegally cross Mexico into the United States.

The hot topic issue has once again divided the public into two camps, once saying that they should not be allowed in, citing border laws, and the other openly declaring that there should be a more open border policy and they should all be accepted.

While a lot if not most of the immigrants in that particular caravan consist of vulnerable people such as women and children, it has been reported that some of the men have engaged in violence against Mexican authorities, resulting in injuries. Trump has turned this into ammunition against the Democrats, who are also into the unfortunate position of facing an identity crisis, their main platform just being that they are opposed to Trump, and also suffering from not having any consistent figurehead who could potentially challenge the president in 2020.