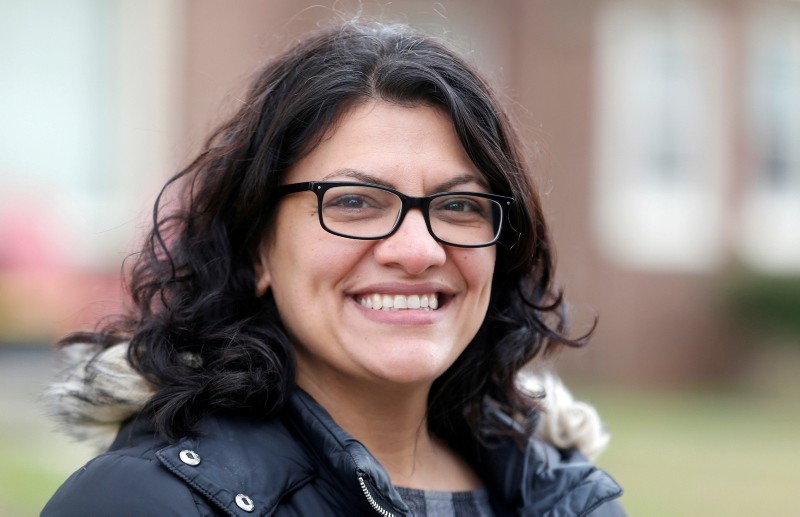 Michigan's Rashida Tlaib made history Tuesday by becoming the first Muslim woman to be elected to the U.S. Congress.

With no Republican opponent, Tlaib defeated Etta Wilcoxon of the Green Party and Sam Johnson of the Working Class Party.

The Palestinian-American Muslim ran under the Democratic Party, having previously served six years in the state legislature.

Ilhan Omar, a Somali refugee, is also all but certain to be elected to the US House of Representatives in a heavily-Democratic district in the Midwestern state of Minnesota, where she is the party's nominee.

If Omar also gets elected, the total number of Muslims in Congress will increase to three.

Both Tlaib and Omar have positioned themselves as polar opposites of President Donald Trump and his Republican Party.

ICE has conducted raids throughout the country, leaving immigrant communities terrified of deportations -- including longtime Iraqi refugees in Michigan.

"The election of Donald Trump was a wake-up call," Colin Christopher of the Islamic Society of North America told AFP.

"Now we're seeing communities that were once absent from public conversations... all of a sudden are really engaged."

The two women are part of a historically diverse crop of candidates -- by race, gender, and sexuality -- challenging Republican incumbents.

They reflect a Trump era in which race and women's rights and empowerment have emerged as flashpoint issues for Democrats, and identity politics are increasingly important.

Polls indicate next week's election will likely hand Democrats control of the lower house of Congress in a rebuke of Trump's administration. The Senate is seen as more likely to stay in Republican majority control.