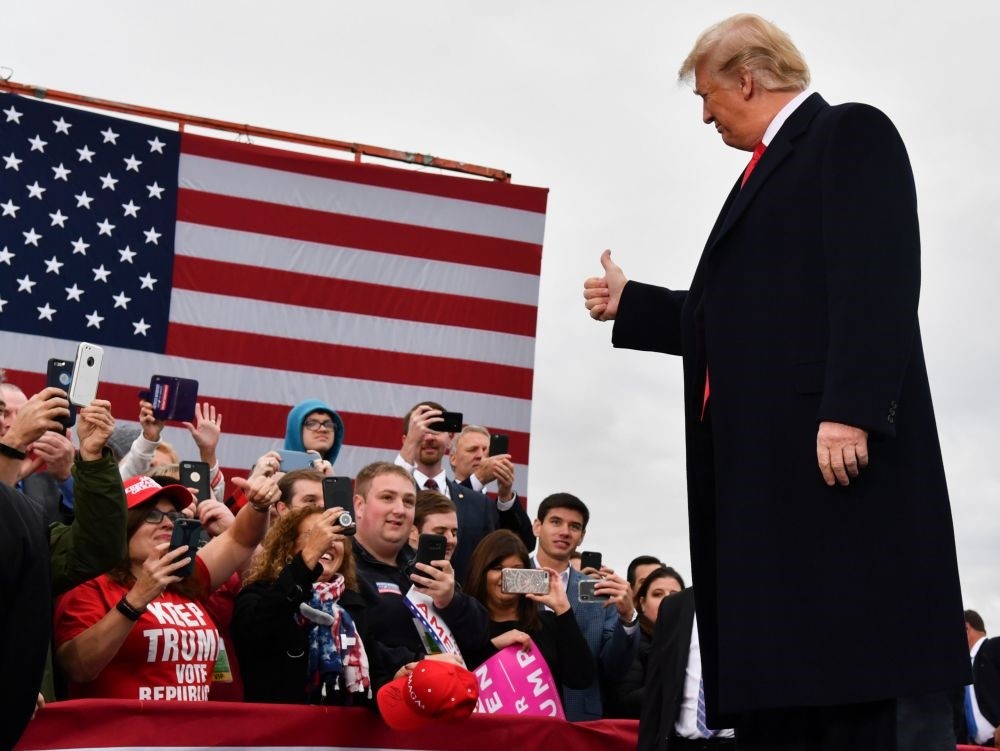 The flipping of the House of Representatives is a small win for the Democrats, who will now attempt to block the Trump administration's economic and immigration agendas

This Tuesday's midterm elections saw the Democrats flip the House of Representatives, but the Republicans made gains in the Senate.

Democrats have been saying for a long time that if they take back control in Congress, they're going to flood President Donald Trump's administration with investigative committees and some have even threatened impeachment hearings.

When it comes to governors, the Democrats managed to flip six states – New Mexico, Kansas, Wisconsin, Illinois, Maine and Michigan; however, to their dismay, overall there are 28 Republican governors and 22 Democratic governors.

In the Senate, Republicans yet again made unexpected gains, managing to flip three more states – Missouri, North Dakota and Indiana.

While the Democrats regained control of the lower house of Congress after 8 years, therefore posing some difficulty to President Donald Trump's legislative agenda, the GOP's additional power in the Senate will enable the president to confirm crucial federal judicial nominees, including further Supreme Court nominations if seats become open there.

President Trump spent significant amounts of time over the last six months going from state to state and campaigning vigorously, almost as if a presidential election was being held, to avoid former-President Barack Obama's fate who was elected in 2008 but lost control of both chambers of Congress in 2010, leaving his Democratic Party largely powerless in the face of GOP legislative control.

In a turn of events that bring to mind Supreme Court Judge Brett Kavanaugh's hearings in October, all the Senate seats that Republicans flipped belonged to Democrats who had vehemently opposed his confirmation due to uncorroborated, and in two cases discredited, accusations of sexual misconduct; they include Josh Hawley's victory over Sen. Claire McCaskill in Missouri, Republican Gov. Rick Scott over longtime Sen. Bill Nelson in Florida, and Mike Braun over Joe Donnelly in Indiana and Rep. Kevin Cramer over Sen. Heidi Heitkamp in North Dakota.

While Judge Kavanaugh's confirmation hearing might now seem politically distant, it actually benefited the Republicans as Senator Lindsey Graham pointed out in an interview.

"I think Kavanaugh united our party, the [migrant] Caravan was an affront to our sovereignty, the economy was good and President Trump worked his butt off to get out the Republican base vote."

Asked whether he thought the two chambers would work together on anything, if at all, or if President Trump would be subjected to burdensome House investigations, Senator Graham responded: "If they want to impeach President Trump, I would give them some advice: I've been there, done that with [former President] Clinton, it didn't work out for us, I would think twice about it; it would blow up in their face."

For weeks before the elections, analysts were quick to conclude that a "Blue Wave" would storm Congress, attributing their prediction to both polling and the fact that the Democratic base was more likely to go out and vote rather than rest on their laurels like the Republicans who've held control for a long time.

Disaster for the Republicans was averted however, and despite loses in the lower chamber, curiously, it might be an advantage for the president in 2020; he does not seem to be dismayed by the results, tweeting early Wednesday, "Tremendous success tonight. Thank you to all!"

While the Senate gains for the GOP might seem disappointing to some, "There's only been five times in the last 105 years that an incumbent president has won seats in the Senate in the off year election," as Ben Stein pointed out in The Capitalist Code.

Republican National Committee Chairwoman Ronna McDaniel was also quick to point out that with their gains in the Senate, Republicans defied history, an achievement reached only four times in history," and that the Democrats' "tsunami" turned out to be a "ripple."

Despite the calm after the storm that's now prevailing in the GOP, the election did show chips in Republican armor, as was shown by losses of votes by women living in the country's suburbs for example.

Furthermore, Democratic control of the House of Representatives could pose difficulties for the administration and upper chamber of Congress, as Senator Graham pointed out. However, optimism on passing bills related to common demands, such as infrastructure, Deferred Action for Childhood Arrivals reform, prison sentencing reform and funding for other projects like the much promised Border Wall, will most probably have an even harder time now. A proposed tax cut for the middle-class could also be hard to get through Congress. President Trump will most likely have to concede to Democratic demands on immigration reform before these projects can move ahead.

Due to their success in regaining the House, Democrats could possibly restore Nancy Pelosi as Speaker of the House, a position she held from 2007 to 2011.

"We will have a Congress that is open, transparent and accountable to the American people," Pelosi said Tuesday night. "We will work for the boldest common denominator. Tomorrow will be a new day in America," she added. "We have all had enough of division. The American people want peace. They want results," Pelosi said.