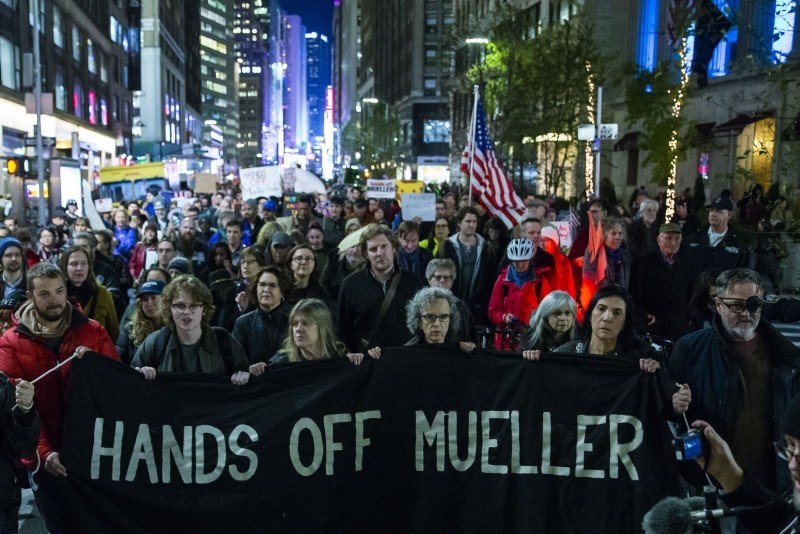 People march through Times Square during a protest the day after President Donald Trump forced the resignation of Attorney General Jeff Sessions on November 8, 2018 in New York City. (AFP Photo)
by Associated Press Nov 09, 2018 12:00 am

Protesters nationwide have called for the protection of special counsel Robert Mueller's investigation into potential coordination between Russia and President Donald Trump's campaign.

Several hundred demonstrators gathered Thursday in New York's Times Square and chanted slogans including "Hands off Mueller" and "Nobody's above the law" before marching downtown.

Crowds also turned out at the White House and in Greensboro, North Carolina; Chattanooga, Tennessee; Las Vegas and many other places.

Organizers say the naming of acting Attorney General Matthew Whitaker is a "deliberate attempt to obstruct the special counsel's investigation."

Trump asked for Jeff Sessions' resignation and then replaced him with Whitaker, his chief of staff. Whitaker has criticized Mueller's probe.