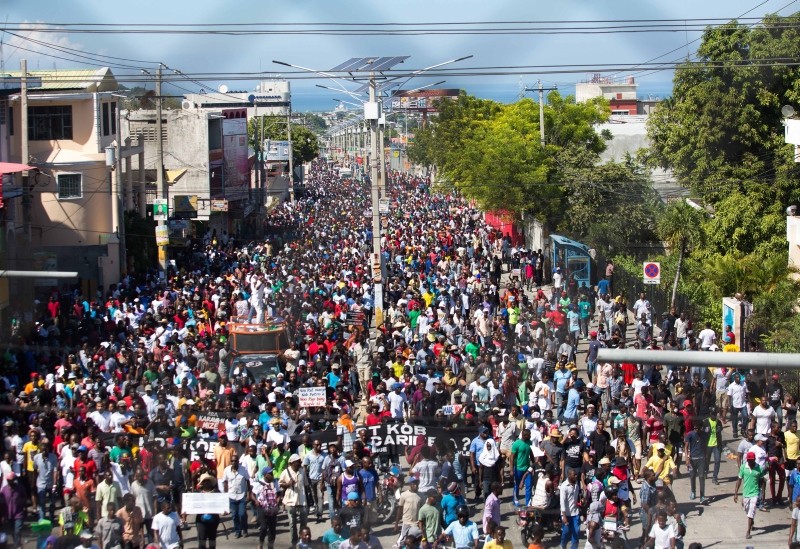 Thousands of demonstrators are clashing with police in Haiti's capital and demanding the ouster of President Jovenel Moise amid the sixth day of protests.

Police on Friday fired tear gas at the crowd as people threw rocks, tried to loot stores and broke car windows in Port-au-Prince. One group hurled Molotov cocktails at a gas station, but the flames were quickly extinguished. 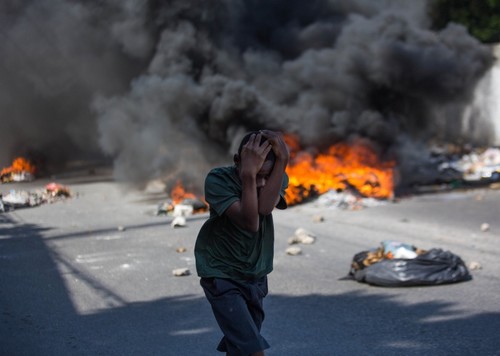 At least 11 people have died in protests, including a man whose body was burning near a street barricade Friday morning. Another six people were killed Wednesday when a government car lost control.

Protesters accuse Moise of not investigating allegations of corruption in the previous administration over a Venezuelan subsidized energy program. Moise has said he will not resign.