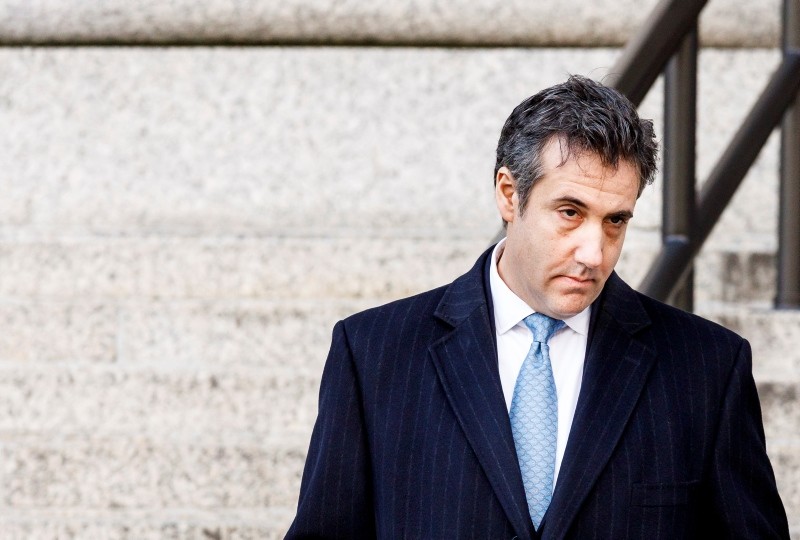 U.S. President Donald Trump called for a "a long prison term" after his ex-lawyer Michael Cohen admitted lying to Congress about pursuing a real estate deal with Russia on Trump's behalf during the 2016 election campaign.

"You mean he can do all of the TERRIBLE, unrelated to Trump, things having to do with fraud, big loans, Taxis, etc., and not serve a long prison term?" the president said on Twitter.

"He lied for this outcome and should, in my opinion, serve a full and complete sentence," Trump added.

Cohen had pleaded guilty in August to eight criminal counts, including campaign-finance violation and other charges and implicated the president in open court. Last week, he also pleaded guilty to lying to Congress.

Cohen admitted making false statements about the project in 2017 to Senate and House intelligence committees, which at the time were investigating possible connections between the Trump campaign and Russia.

Cohen told the judge he lied about the timing of the negotiations and other details to be consistent with Trump's "political message." Cohen and prosecutors referred to Trump as "individual one" throughout proceedings and said he lied "to be loyal to Individual One."

Following Cohen's confession, Trump called his former lawyer a "weak person" who is lying to get a lighter sentence.

The charges were brought by Special Counsel Robert Mueller, who is investigating Russian interference in the presidential election, not the prosecutors in New York who handled Cohen's previous guilty plea in August to other federal charges involving his taxi businesses, bank fraud and his campaign work for Trump.

Reacting to the plea to the new charges, House Speaker Paul Ryan said Cohen "should be prosecuted to the extent of the law. That's why we put people under oath."

His sentencing is scheduled for Dec. 12.