Trump declares himself 'tariff man' in warning to China, sends US stocks tumbling 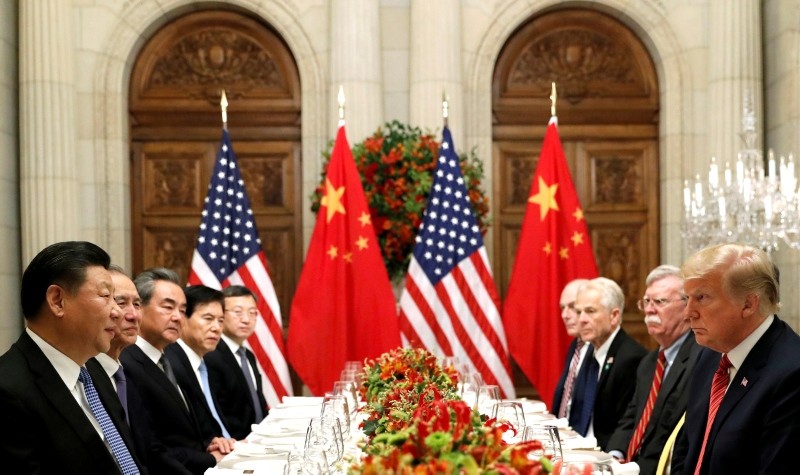 U.S. President Donald Trump signaled caution on his trade truce with China, saying his team was working to see whether a "REAL deal" is doable and stressed "I am a Tariff Man."

Trump tweeted Tuesday that the negotiations with China have begun. He said the talks will end in 90 days, "unless extended," 1 suggesting there is flexibility to that deadline.

Trump added: "President Xi and I want this deal to happen, and it probably will. But if not remember, I am a Tariff Man." He said tariffs "will always be the best way to max out our economic power" and he would not hesitate to make China "pay for the privilege" of selling in the U.S. market.

Trump repeated his frequent claim that the United States was bringing in billions of dollars in tariffs on foreign goods to "MAKE AMERICA RICH AGAIN." But it is U.S. consumers and businesses who pay for tariffs in the form of higher costs and prices.

The change in tone and the increased confusion over what was achieved at the meeting contributed to a sharp decline in the U.S. stock market, which plunged on Tuesday, driven lower by trade worries and fears for future U.S. economic growth.

Analysts at Schwab said in a commentary the market was concerned that "uncertainty appears to be resurfacing on whether a permanent deal can be reached."

The clock started ticking on December 1, when Trump met in Buenos Aires with China's leader Xi Jinping and agreed to work towards an agreement to roll back the exchange of tariffs on hundreds of billions of dollars in two-way trade.

After the Saturday meeting, the United States agreed to hold off on Trump's plan to raise the tariffs on $200 billion in Chinese imports to 25 percent beginning January 1, leaving them at the current 10 percent rate.

Trump also said China would "reduce and remove" tariffs of 40 percent on cars, though Beijing has yet to confirm the move.

Wall Street stocks were pummeled Tuesday by worries over slowing U.S. growth and trade conflict amid mounting skepticism over the U.S.-China tariff truce.

A day after global stocks rallied on a weekend U.S.-China announcement suspending new tariffs, global markets mostly pulled back as investor focus shifted to the murkiness over what was agreed to and the difficulty reaching resolution to disputes on thorny matters such as intellectual property.

"People are starting to dissect the reality to the tariff agreement," said Manulife AM Senior Portfolio Manager Nate Thooft.

Stocks had rallied on Monday following a truce between U.S. President Donald Trump and Chinese President Xi Jinping on their trade dispute following weekend talks in Argentina, but investor optimism over a resolution faded on Tuesday. Trump himself warned he would revert to tariffs if the two sides could not resolve their differences.

Trump appeared to be back in fighting mode after the weekend show of comity, saying he would "happily" sign a "fair" deal with China but was also ready to take a harder line.

Appearing at a Wall Street Journal event on Tuesday, Treasury Secretary Steven Mnuchin said markets were in a "wait-and-see" mode.

"The market is trying to figure out, is there going to be a real deal at the end of 90 days or not," Mnuchin said.