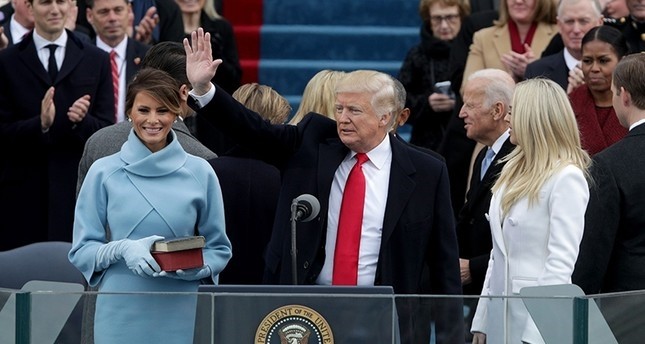 Federal prosecutors are investigating whether U.S. President Donald Trump's inaugural committee misspent some of the record $107 million it raised from donors, the Wall Street Journal reported on Thursday, citing people it said were familiar with the matter.

The early-stage investigation by the Manhattan U.S. attorney's office is examining whether some of the committee's donors gave money in exchange for policy concessions, influencing administration positions or access to the incoming administration, the Journal said, citing people familiar with the matter.

A spokesman for the Manhattan U.S. attorney's office declined to comment.

Asked about the report, Trump lawyer Rudy Giuliani told Reuters the president was not involved in his inaugural committee. "The last thing a president-elect has time for is inaugural fund-raising," he said.

White House spokeswoman Sarah Sanders also said the inauguration had nothing to do with Trump or his wife, Melania.

"The biggest thing the president did in his engagement in the inauguration was to come here and raise his hand and take the oath of office," Sanders told reporters.

The probe into the inaugural committee comes as Trump and his White House are already facing investigations into the Trump campaign's contacts with Russia, hush-money payments to women claiming to have had affairs with Trump and spending by Trump's foundation, among other issues.

According to the Journal, the investigation into the inaugural committee partly stemmed from materials seized in a probe into the dealings of former Trump lawyer Michael Cohen. Cohen was sentenced on Wednesday to three years in prison for crimes including orchestrating the hush payments in violation of campaign laws.

Although campaign finance laws restrict the size of campaign contributions, inaugurations can accept unlimited donations, including from corporations. The amount raised by Trump's inaugural committee, chaired by real estate developer and investor Thomas Barrack, was the largest in history, according to Federal Election Commission filings.

The Journal said there was no sign the probe was targeting Barrack. He did not immediately respond to a request for comment.

The event-planning business of Stephanie Winston Wolkoff, a former unpaid advisor to Melania Trump, was the highest-paid vendor to the committee at $25.8 million, the Journal reported. A recorded conversation between Wolkoff and Cohen in which she expressed concern about the committee's spending was seized from Cohen, the Journal said, citing a person familiar with the matter.

Tom Green, a lawyer for Gates, did not immediately respond to a request for comment.

The Journal said prosecutors are also seeking documents from Franklin Haney, a Tennessee developer who gave $1 million to the inaugural committee and later hired Cohen to help him obtain a $5 billion U.S Department of Energy loan. A loan application by Haney's company is still pending with the department, the Journal reported.

Larry Blust, a lawyer for Haney, declined to comment.

Other major inauguration donors included casino magnate Sheldon Adelson, who gave $5 million, and investment firm founder Charles Schwab and mining investor Christopher Cline, who gave $1 million each, according to FEC filings. There is no indication any of the three are part of the investigation.