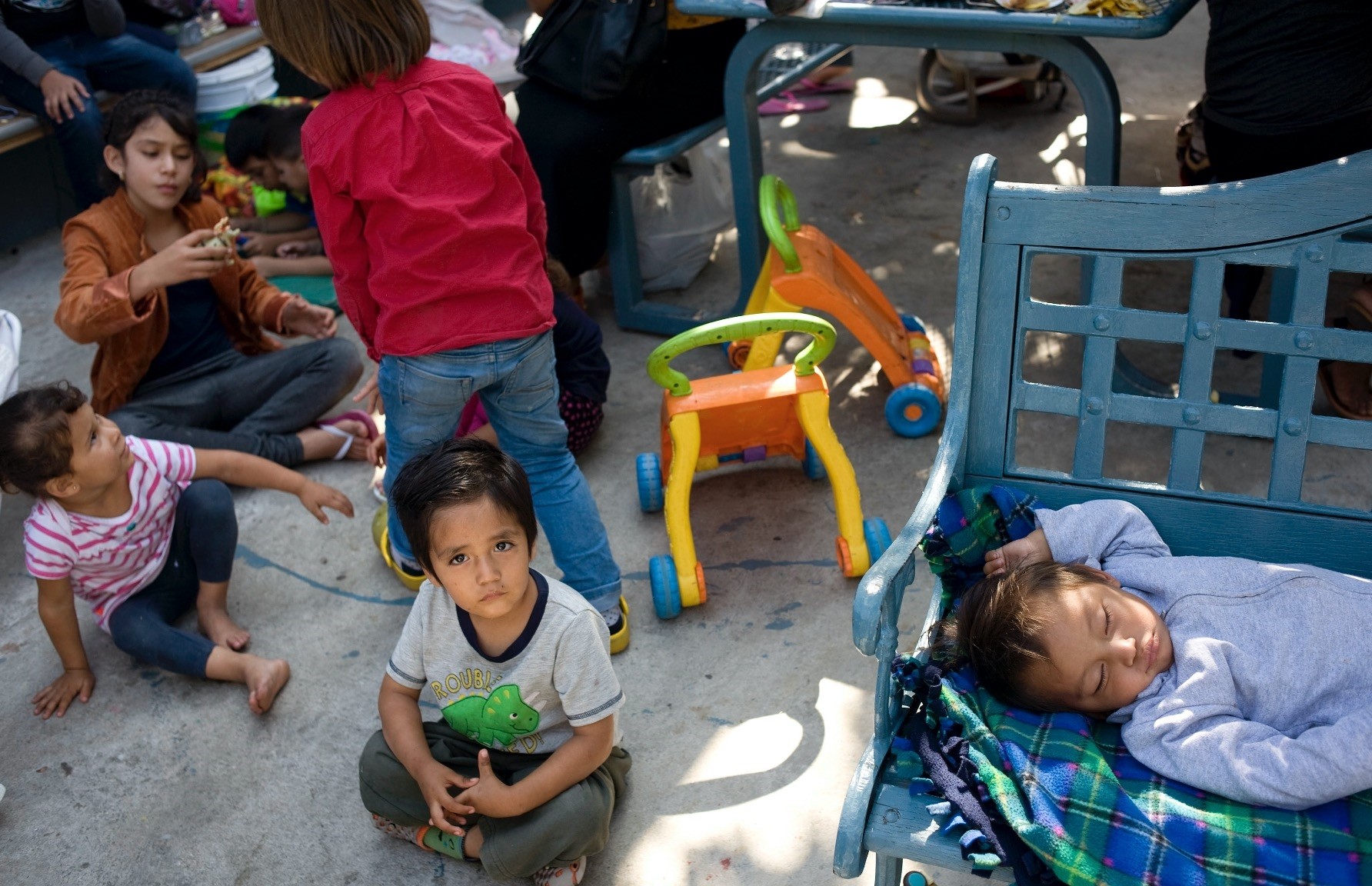 A child from the Mexican state of Michoacan looks on while sitting in the patio of the Centro Madre Assunta, Tijuana, June 20.
by Angelos Berberakis Dec 31, 2018 12:00 am

President Donald Trump's administration was under fire for reasons other than the partial government shutdown in the past two weeks as the unfortunate deaths of two Guatemalan children drew much attention and created national political outrage.

The two children in question, Jakelin Amei Rosmery Caal Maquin and Felipe Gómez Alonzo died in separate incidents and for different reasons under the custody of U.S. Border Patrol agents this month.

Maquin, 7, who succumbed to dehydration, shock and liver failure, died on the 8th, and Alonzo, who was 8, had been diagnosed with a cold but later died of influenza, a highly infectious but common disease. It was only diagnosed post-mortem.

The deaths have sparked severe political controversy, with some blaming the nation's immigration policies and even the Trump administration, while others point the finger to "irresponsible parents and families," who dragged their children on a perilous journey.

The blame game, regardless, is in full swing. When the first death was reported, President Trump and his team's policies were widely criticized, along with the U.S. Immigration and Customs Enforcement agency.

The second death did the administration no favors; however, the president rebuked media reports by announcing that the children in question were sick before they were found by Border Patrol.

"The father of the young girl said it was not their fault, he hadn't given her water in days," hence the dehydration the child suffered from.

Some have attempted to dispute this claim; however, some facts unfortunately remain unclear, at least for the time being.

The president also put blame on Congressional Democrats, saying that the deaths of children or others are strictly their fault, and the fault of their "pathetic immigration policies that allow people to make the long trek thinking they can enter our country illegally."

He again called for a physical border wall to be constructed, as statistics show a 90-95 percent drop of illegal entries through areas that have been upgraded with some sort of a physical barrier.

Some family members, all the way from Guatemala, claimed that the children were healthy when they crossed the border; however, these claims cannot be confirmed.

An initial screening of Jakelin "revealed no evidence of health issues," U.S. Customs and Border Protection (CBP) said Dec. 14. It wasn't until several hours later that Jakelin's father, Nery Caal, told agents she was "sick and vomiting," the CBP said.

Attorneys for the Caal family had said that the girl was in fact hydrated, but their claims cannot be confirmed either.

CBP said last week that agents logged 23 welfare checks of Felipe and his father in the first several days the two were detained. Felipe's father, Agustin Gomez, later told a Guatemalan official that the boy first showed signs of illness Monday morning, the day he died.

At least one of the laws the administration has blamed – legislation that prevents the immediate deportation of unaccompanied children from Central American countries – was signed in 2008 by President George W. Bush.

Secretary Nielsen was in Yuma, Arizona, on Saturday to meet with medical staff at the border. She said in a statement, "The system is clearly overwhelmed, and we must work together to address this humanitarian crisis," and she called on Congress to "act with urgency."

Indeed, U.S. agencies are facing severe difficulties due to the sheer number of people coming into the country, bringing to mind similar situations in southern European countries.

El Paso Mayor Dee Margo said he met with Nielsen and told CNN on Saturday that he agreed with her that the immigration policy is "broken."

"El Paso is dealing with the symptoms as a result of the lack of fortitude in Washington, on both sides of the aisle, to deal with our immigration policy."