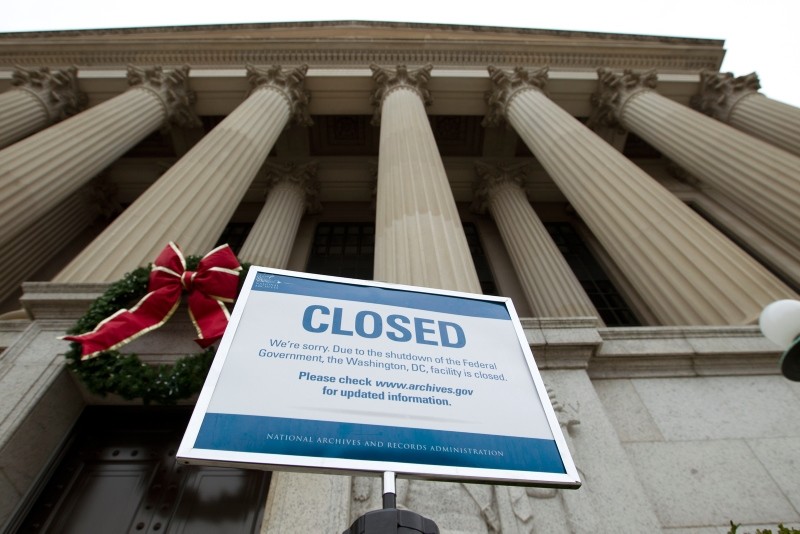 A closed sign is displayed at The National Archives entrance in Washington, Tuesday, Jan. 1, 2019, as a partial government shutdown stretches into its third week. (AP Photo)
by Jan 01, 2019 12:00 am

U.S. President Donald Trump indicated he's ready to negotiate an end to a partial U.S. government shutdown amid reports that he has invited congressional leaders to the White House for talks.

Trump mentioned the partial shutdown, now in day 11, in a tweet that referred to an impending power shift in the House of Representatives coming later this week.

"Border Security and the Wall 'thing' and Shutdown is not where Nancy Pelosi wanted to start her tenure as Speaker! Let's make a deal?" Trump said.

Pelosi is expected to become speaker of the House when a new Congress convenes later this week.

The partial shutdown has left about 25 per cent of the government closed, and hundreds of thousands of federal workers on furlough or working without a paycheck.

Trump's tweet came amid reports that he has invited congressional leaders to a briefing on the border wall at the White House, according to Politico and CNN. The meeting is to take place on Wednesday afternoon, the reports said.

The sessions are to include top officials of the Department of Homeland Security (DHS), whose funding is affected by the shutdown.

Earlier Tuesday, in a separate tweet, Trump dismissed a proposal to end the shutdown put forth by Democrats over its lack of funding for a border wall.

Democrats said Monday they had developed the plan, which they said they planned to propose on Thursday after they take power in the House of Representatives.