GOP’s Romney blasts Trump for alienating US, actions not fit for office 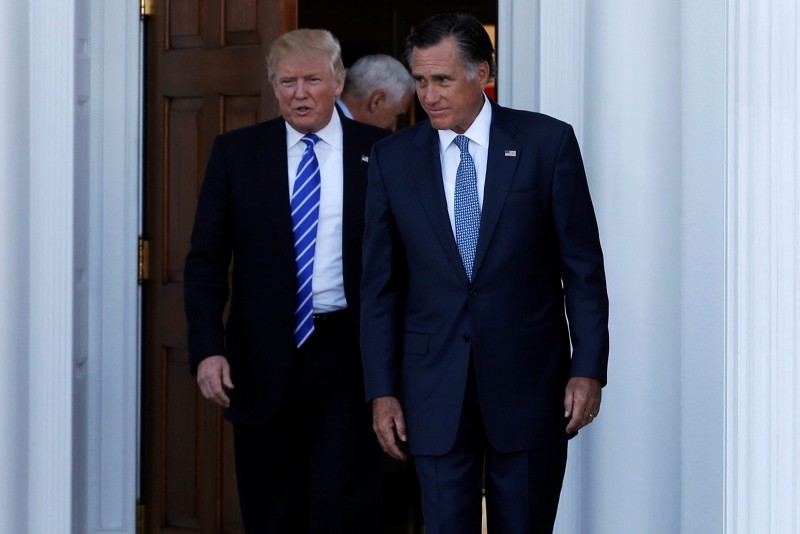 Incoming Senator Mitt Romney has written a scathing op-ed targeting President Donald Trump, saying he "has not risen to the mantle of the office" and his actions have alienated America's allies.

The barbed remarks from the 2012 Republican presidential candidate came as he and other lawmakers prepare to take up their seats in the new Congress.

"With the nation so divided, resentful and angry, presidential leadership in qualities of character is indispensable," Romney wrote in the op-ed piece in The Washington Post on Tuesday.

"And it is in this province where the incumbent's shortfall has been most glaring."

He added that Trump's actions had caused "dismay around the world" and alienated traditional allies in Europe.

His comments seemed to suggest Romney is positioning himself to take over the role of departing senator Jeff Flake, one of the few Republican lawmakers who publicly spoke out against Trump and drew the president's wrath.

The U.S. leader responded the next morning in a relatively restrained tweet.

"Here we go with Mitt Romney, but so fast! Question will be, is he a Flake? I hope not," he wrote.

"Would much prefer that Mitt focus on Border Security and so many other things where he can be helpful. I won big, and he didn't. He should be happy for all Republicans. Be a TEAM player & WIN."

It is the latest twist in a relationship that has run hot and cold for years. During the 2016 presidential campaign, Romney excoriated Trump as a "fraud" who was "playing the American public for suckers." Trump responded that Romney had "choked like a dog" in his unsuccessful 2012 campaign against Democratic President Barack Obama.

But last year he thanked Trump for his endorsement as Romney ran for a senate seat from Utah. After Trump won the presidency in November 2016, he briefly considered tapping Romney as secretary of state.

In the op-ed piece, Romney noted he had not supported Trump as the Republican Party's nominee in 2016.

He said he had hoped the Trump campaign would refrain from name-calling and had not. He said he was initially encouraged when Trump brought into his cabinet steady-hand figures like James Mattis as defense secretary and John Kelly as chief of staff.

"But, on balance, his conduct over the past two years, particularly his actions this month, is evidence that the president has not risen to the mantle of the office," Romney wrote.

His comments even prompted suggestions online that he sounds like he is considering challenging Trump for the nomination in 2020.

Romney said last month -- when Trump abruptly announced he was pulling U.S. troops out of Syria, and Mattis resigned in protest -- was particularly disturbing.

"The Trump presidency made a deep descent in December," he wrote.

"The appointment of senior persons of lesser experience, the abandonment of allies who fight beside us, and the president's thoughtless claim that America has long been a 'sucker' in world affairs all defined his presidency down," he wrote.

Romney said he will treat Trump as he would any president, either in or outside his party.

"I do not intend to comment on every tweet or fault," he wrote. "But I will speak out against significant statements or actions that are divisive, racist, sexist, anti-immigrant, dishonest or destructive to democratic institutions."

Romney has strongly defended press freedom and challenged Trump's repeated attacks on some news outlets as an "enemy of the people."

"The media is essential to our Republic, to our freedom, to the cause of freedom abroad, and to our national security. It is very much our friend," Romney wrote in an essay in November.

It is unclear whether any other Republican lawmakers will feel emboldened to criticize Trump ahead of his 2020 re-election bid or whether Trump will face any serious challengers for the Republican Party's presidential nomination.

But in his essay on Tuesday, Romney sought to stake out a more independent position in his party and vowed to be a loud voice in Washington, which now includes a divided Congress as Democrats take control of the U.S. House of Representatives following their November election gains.