Mexico demands that US probe tear gas incident at border 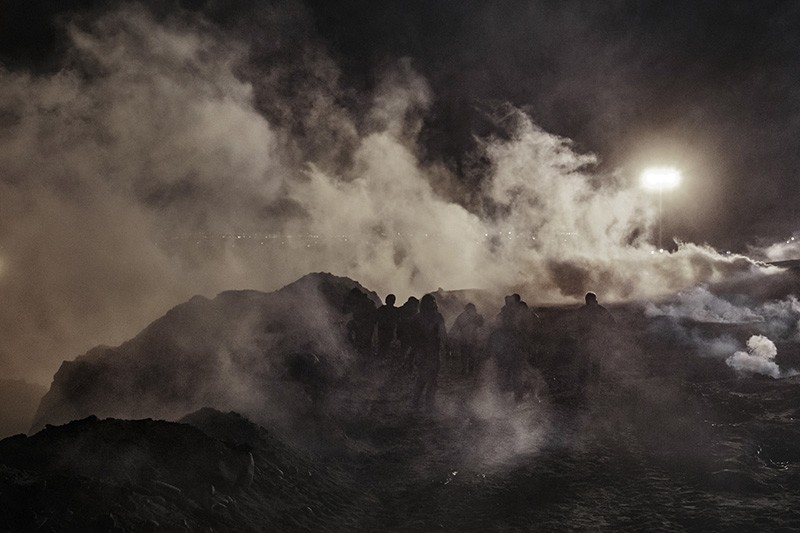 Migrants run after U.S. Border Patrol agents throw tear gas to the Mexican side of the fence after the migrants climbed the border fence toward San Diego, from Tijuana, Mexico, Tuesday, Jan. 1, 2019. (AP Photo/Daniel Ochoa de Olza)
by Compiled from Wire Services Jan 03, 2019 12:00 am

Mexico's foreign affairs ministry has formally asked the United States government through its embassy for a thorough investigation into a Jan. 1 incident in which U.S. agents fired tear gas into Mexico to stop crossing migrants.

"The foreign ministry sent a diplomatic cable today to the United States embassy about the incident that occurred on Jan. 1 in the border zone... In it, the ministry requested an exhaustive investigation of events that day," it said in a statement.

Mexico also repeated its call for an investigation into a similar incident on Nov. 25, when some 1,000 migrants from the caravan tried to force their way into the United States and were pushed back by border patrol agents.

In both incidents, U.S. Border Patrol fired tear gas to stop the migrants from crossing the border fence between the Mexican city of Tijuana and San Diego, California. They also fired rubber bullets during the November incident. The actions drew sharp criticism from politicians and activists on both sides of the border and raised questions about the use of force against migrants.

In the first hours of the new year, about 150 migrants attempted to breach the border fence in Tijuana. U.S. Customs and Border Protection said that agents fired gas at migrants throwing rocks. It said it was investigating.

But an Associated Press photographer at the scene only saw rocks thrown after agents fired gas as migrants scaled the fence.

Mexico "regrets any act of violence along the border" and "reiterates its commitment to safeguarding the human rights and safety of all migrants," it said.

The migrants are part of a caravan of several thousand people that left Honduras in October and spent more than a month trekking across Mexico to reach the U.S. border.

The caravan has triggered frequent tirades from U.S. President Donald Trump, who says it includes dangerous criminals and regularly cites it as evidence of the need for his planned border wall.

It once comprised some 7,000 people, but it has gradually dispersed as migrants cross the border, move elsewhere in Mexico or return home. Around 1,500 migrants are currently staying at the shelter set up for the caravan in Tijuana.

The government of Mexican President Andres Manuel Lopez Obrador, who took office on Dec. 1, has so far sought to avoid confrontation with the Trump administration over the issue.

Instead, it is lobbying for a U.S.-Mexican plan to promote economic development across the region as a means to slow migration.