Trump storms out of shutdown meeting with Democrats 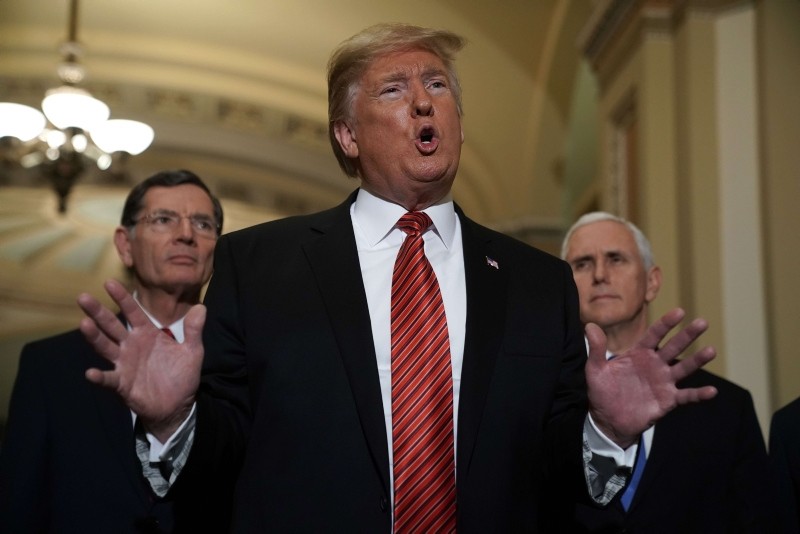 U.S. President Donald Trump walked out of a meeting with congressional leaders on Wednesday as both parties returned to the White House for another round of negotiations on the ongoing partial government shutdown.

Senate Democratic leader Chuck Schumer said Trump asked House Speaker Nancy Pelosi at the meeting whether she would agree to fund his wall.

When she said "no," Schumer said, Trump got up and said, "Then we have nothing to discuss." Schumer says, "And he just walked out."

Trump weighed in on the meeting by tweet, calling it "a total waste of time."

"I asked what is going to happen in 30 days if I quickly open things up, are you going to approve Border Security which includes a Wall or Steel Barrier? Nancy said, NO. I said bye-bye, nothing else works!" Trump wrote on Twitter.

Vice President Mike Pence said Democrats were "unwilling to even negotiate" an end to shutdown and the standoff over President Donald Trump's desire for a border barrier.

"I think the president made his position very clear today that there will be no deal without a wall," Pence said.

The two sides have made no apparent progress in the past week, with Trump sticking to his demand of $5.7 billion for a border barrier and Democrats insisting they won't give him the money.

Trump has been making a public case that there is a "crisis" at the southern border. And he's still threatening to declare a national emergency to circumvent Congress if he can't get the wall money from them.

He told reporters during a visit to the Capitol earlier Wednesday that he may turn to a declaration "at some point" if top Democrats Chuck Schumer and Nancy Pelosi "don't agree" with his assessment about the problems at the border.