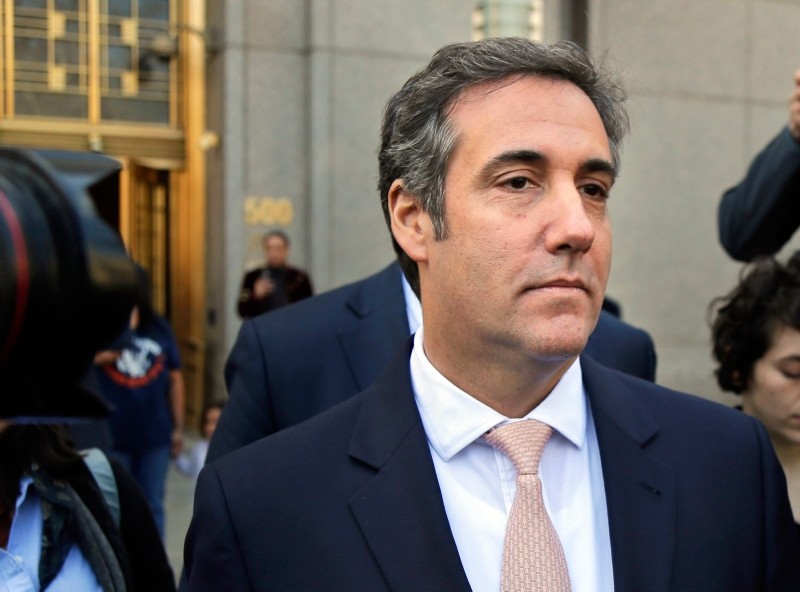 U.S. President Donald Trump's former lawyer Michael Cohen said on Thursday he has agreed to testify publicly before a U.S. House of Representatives committee on Feb. 7.

Cohen said in a statement he had accepted an invitation by the panel's Democratic chairman, U.S. Representative Elijah Cummings, to appear publicly before the Committee on Oversight and Government Reform.

"I look forward to having the privilege of being afforded a platform with which to give a full and credible account of the events which have transpired," Cohen said in the statement.

Cohen was sentenced in December to a total of three years in prison for his role in making illegal hush-money payments to women to help Trump's 2016 election campaign and lying to Congress about a proposed Trump Tower project in Russia.

The committee has a hearing with Cohen posted on its public schedule.

Trump has denied wrongdoing and sought to minimize Cohen's statements by painting him as a liar. Asked by reporters Thursday about Cohen's appearance, Trump said he's "not worried about it at all."

The chairman of the Oversight panel, Maryland Rep. Elijah Cummings, said in a statement that Cohen is testifying voluntarily.

"I want to make clear that we have no interest in inappropriately interfering with any ongoing criminal investigations, and to that end, we are in the process of consulting with special counsel Mueller's office," Cummings said. "The committee will announce additional information in the coming weeks."

The Oversight hearing may not be Cohen's only appearance. House Intelligence Committee Chairman Adam Schiff, D-Calif., said he welcomes Cohen's testimony before the Oversight panel, but "it will be necessary, however, for Mr. Cohen to answer questions pertaining to the Russia investigation, and we hope to schedule a closed session before our committee in the near future."

Cohen testified before the House intelligence panel in 2017, before his role in the federal investigations was fully known and when Republicans controlled the panel. The GOP-led committee later ended its investigation into Russian interference in the 2016 presidential election, saying there was no evidence of collusion or conspiracy between Trump's campaign and Russia.

Schiff wants to restart parts of that probe.