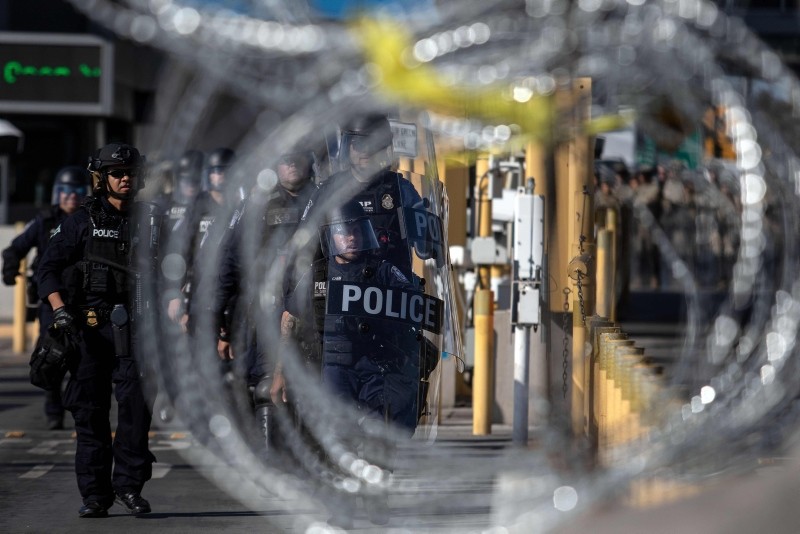 US Customs and Border Protection agents carry out an ,operational readiness exercises, at the San Ysidro port of entry in the US, as seen from Tijuana, Baja California State, Mexico, on January 10, 2019. (AFP Photo)
by Associated Press Jan 25, 2019 11:52 am

The South Carolina senator said Thursday his efforts to broker an immigration compromise that could help end the partial government shutdown are "stuck."

Graham says House Speaker Nancy Pelosi's refusal to negotiate the wall "virtually ends" Congress' ability to pass a bill to fund it. Now, he says, "it is time for President Trump to use emergency powers to fund the construction" of a border wall or barrier.

Trump said Thursday he might declare the border situation a national emergency, which could free up funding from military projects.

The border wall with Mexico was his signature campaign issue. He said Mexico would pay for the wall, but Mexico has refused.