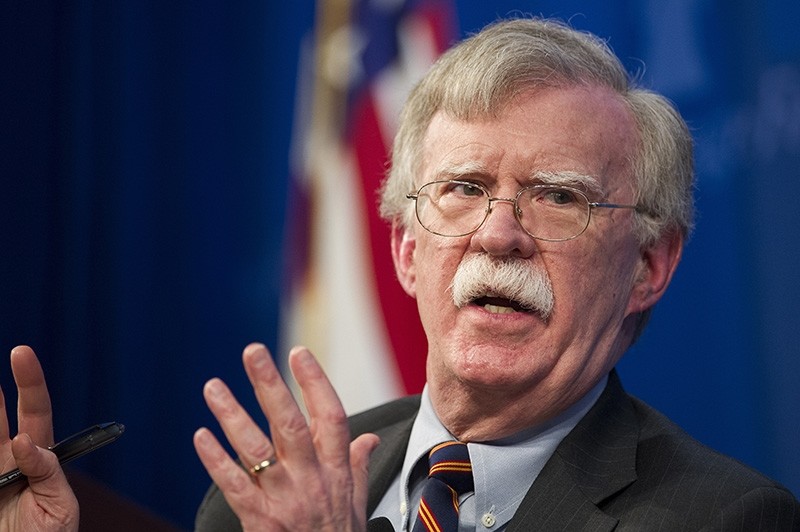 Bolton made the request after three mortars were fired into Baghdad's diplomatic zone -- where the U.S. embassy is located -- by Iran-affiliated militants, according to the Wall Street Journal.

The mortars landed in an empty lot, and no injuries were reported.

The newspaper based its report on anonymous current and former U.S. officials.

Bolton's request prompted concern within the administration as he carried out a series of meetings to discuss a forceful response to the mortar attack.

"It definitely rattled people," a former senior U.S. administration official told the Journal of the request. "People were shocked. It was mind-boggling how cavalier they were about hitting Iran."

The Defense Department did draw up the plans, but it is unclear if they were presented to the White House, or if the president knew of Bolton's request, according to the Journal.

A National Security Council spokesman told the newspaper the council "coordinates policy and provides the president with options to anticipate and respond to a variety of threats."

"We continue to review the status of our personnel following attempted attacks on our embassy in Baghdad and our Basra consulate, and we will consider a full range of options to preserve their safety and our interests," Garrett Marquis said.

Citing the lack of casualties and limited damage that resulted from the Sept. 6 mortar attack, the U.S. officials whom the Journal spoke to said Bolton's request for a far-reaching military response was jarring.

Bolton established a long-running record of advocating for military action against Iran prior to assuming his post as one of Trump's closest advisors.

He has worked with Secretary of State Mike Pompeo in implementing a more hardline approach to Iran since taking office.