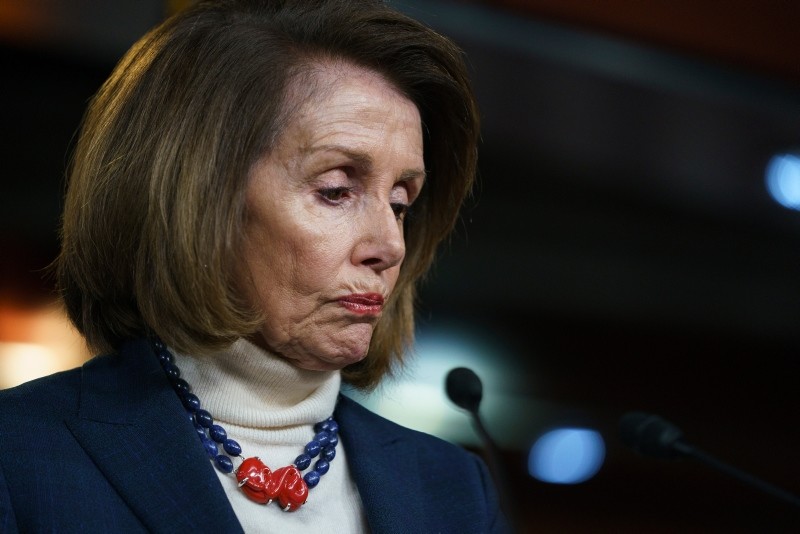 U.S. President Donald Trump halted a planned international trip by House Speaker Nancy Pelosi on Thursday as a growing row between the leaders over funding deepened.

Pelosi's trip was to include stops in Brussels, Egypt and Afghanistan.

Trump said in a letter to the top House lawmaker that postponing Pelosi's "public relations event is totally appropriate.

"We will reschedule this seven-day excursion when the Shutdown is over," Trump said as the closure prompted by Trump's demand for nearly $6 billion in border wall funds approached the four-week mark.

"Obviously, if you would like to make your journey by flying commercial, that would certainly be your prerogative," Trump added.

Pelosi the day earlier had asked the president to delay his planned Jan. 29 State of the Union address citing alleged security challenges prompted by the ongoing partial government shutdown.

"Maybe he thinks it's OK not to pay people who do work," Pelosi said, referring to Trump. "I don't, and my caucus doesn't either."

The U.S. House Speaker normally uses a military plane for overseas travel and it was on that basis that Trump, as commander in chief, appeared to be acting.

"He postponed her ability to use military air," which must be approved by the Department of Defense, said White House spokeswoman Sarah Sanders.

On Wednesday, Pelosi had written to Trump suggesting he postpone his Jan. 29 State of the Union address because of security concerns during the shutdown.

Trump's action drew criticism from one of his Republican allies in the Senate.

"One sophomoric response does not deserve another," Republican Senator Lindsey Graham wrote on Twitter. He criticized Pelosi's move on the State of the Union as "blatantly political" but said, "President Trump denying Speaker Pelosi military travel to visit our troops in Afghanistan, our allies in Egypt and NATO is also inappropriate."

More than 800,000 federal employees are either working without pay if their duties are deemed essential, or are being forced to stay home from their jobs amid the funding lapse.

While the Speaker conveyed her letter as a courteous request, it is her decision as to when the House hosts the president for his annual prime-time address to the nation.

The House leader further suggested Trump could conduct the State of the Union from the Oval Office if he so chooses.

The shutdown is already the longest in U.S. government history, and is set to finish its fourth week Saturday.

Trump insists lawmakers provide him the money to fund the construction of his separation barrier along the U.S.-Mexico border, which he originally said Mexico would foot the bill for.

But Democrats have so far uniformly rejected the demand, claiming a wall is inefficient and immoral.

Democrats have passed several bills to reopen the government without the funding, but Trump has worked alongside congressional Republicans to ensure they do not clear the federal legislature.