Former Starbucks CEO Schultz may run for US presidency in 2020, report says 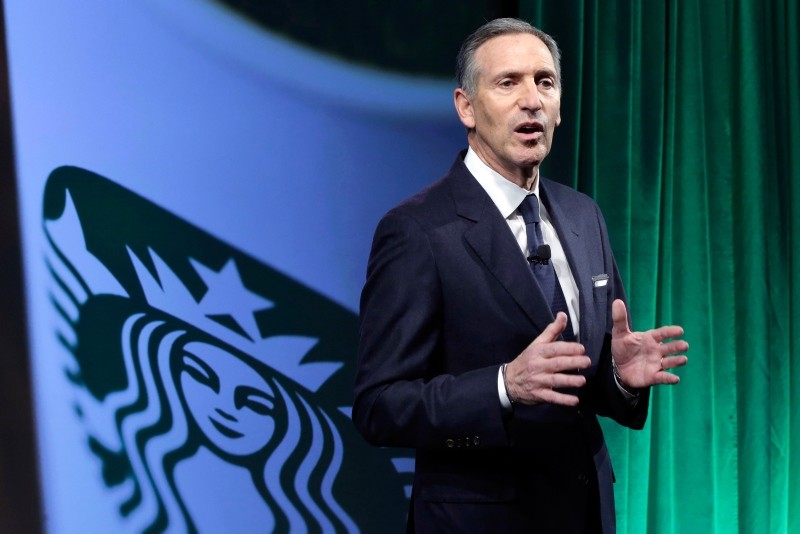 Former Starbucks CEO Howard Schultz is reportedly considering running for U.S. president in 2020 as an independent candidate, according to the CNN.

A source told the network his allies "are exploring a possible independent bid for the presidency in 2020," and that he "is thinking deeply about his future and how he can best serve the country."

Schultz is a Democrat who has taken national stands on immigration, gun control and other controversial topics.

The former CEO had often aligned himself and Starbucks with social issues like race and jobs for underprivileged youth — even when those efforts fell flat, like the "Race Together" campaign that encourage workers to talk about race with customers.

Schultz, who had returned as the company's CEO in 2008, was credited with turning around Starbucks' fortunes. He oversaw the expansion of the chain's food and beverage menu and the growth of its popular loyalty program and mobile app.