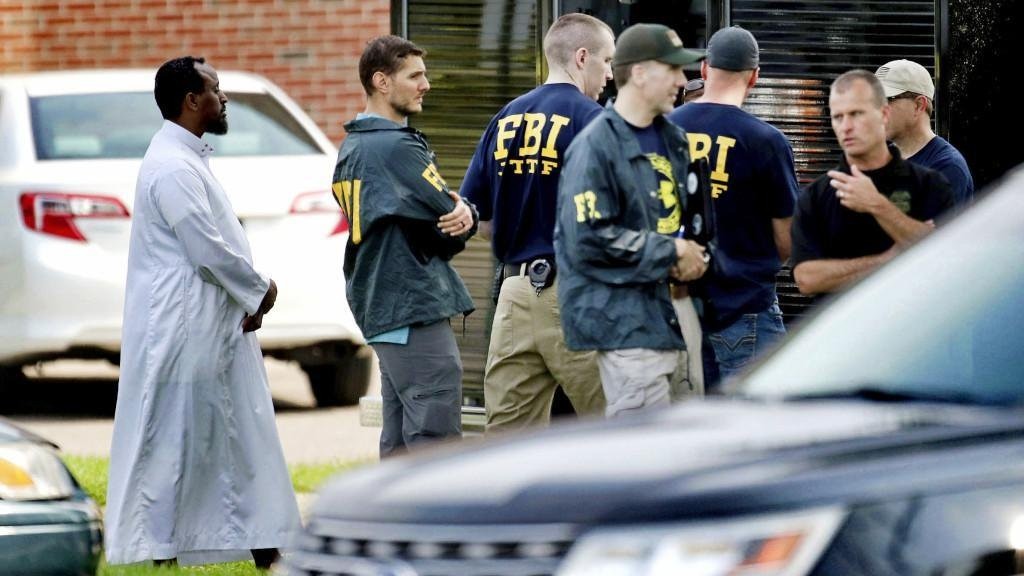 Members of a militia group, whose alleged leader applied to build Donald Trump's border wall, pleaded guilty Thursday to bombing a mosque in an effort to frighten American Muslims into leaving the country.

The admissions by Michael McWhorter, 29 and Joe Morris, 23, were through guilty pleas to charges stemming from a crime spree that included two bombing attempts, armed robberies, and the attempted extortion of a railway company.

Police say McWhorter confessed that his group, the "White Rabbits," bombed the Dar Al-Farooq Islamic Center in a Minneapolis suburb in August 2017 in order to "scare (Muslims) out of the country" and send the message "you're not welcome here."

No one was injured in the bombing, which damaged the office of the mosque's imam. The damage was repaired as interfaith communities rallied to the approximately 200 worshippers' aid, said Jaylani Hussein, the Minnesota chapter chief of the Council on American-Islamic Relations.

Hussein said Minneapolis Muslims were relieved by the guilty pleas, but concerned about members of the group that remain at large, as well as about other militia groups.

The bombing happened mere months into Trump's presidency, with heightened fears of discrimination against Muslim Americans and reports of increasing incidents of hate crimes.

The alleged mastermind of the attack was the group's founder Michael Hari, 47.

US media described him as an ex-law enforcement officer in the neighboring state of Illinois whose security firm was among hundreds of vendors that submitted proposals to build a US-Mexico border wall -- Trump's signature campaign promise.

The proposal was accompanied by a bizarre YouTube video claiming the wall would be "a powerful architectural statement of the determination of the American people to defend their nation and its Anglo-Saxon heritage, Western culture and English language."

Hari, who is in custody, was not party to the plea agreement and faces federal civil rights and hate crime charges.

Members of Hari's militia group are accused of other crimes, as well.

They allegedly "sabotaged" a section of railroad track belonging to the Canadian National Railway, demanding $190,000 in crypto currency to avoid additional attacks.

They also allegedly threw a pipe bomb into an Illinois abortion clinic, which did not detonate.