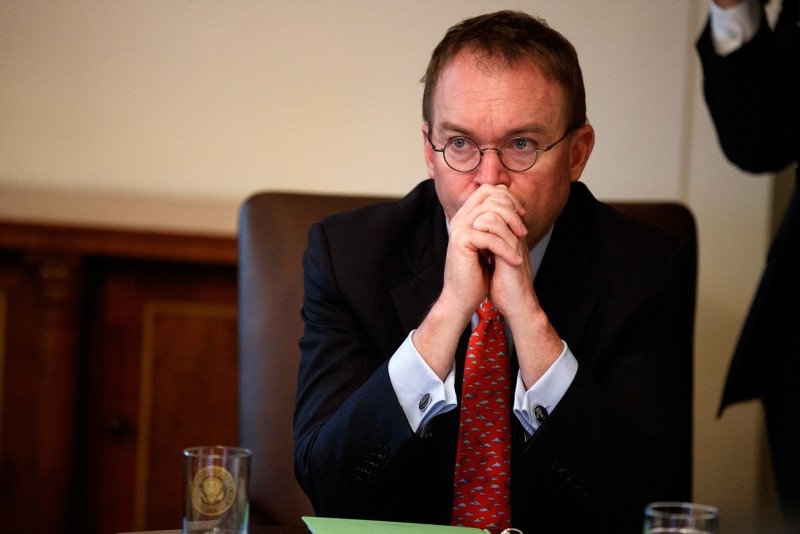 President Donald Trump is prepared to shut down the government again or declare a national emergency if Congress won't give him the border wall money he wants, the White House said Sunday.

The president's standoff with Democrats on Capitol Hill is far from over and the clock is ticking — the spending bill Trump signed on Friday funds the government agencies that had been shut down only until Feb. 15.

White House chief of staff Mick Mulvaney told CBS' "Face the Nation" that Trump's goal is to work with Congress.

"What he wants to do is fix this the way that things are supposed to get fixed with our government which is through legislation," Mulvaney said.

Mulvaney said the president didn't want another shutdown, but he would do it if necessary.

"Keep in mind he's willing to do whatever it takes to secure the border," he said.

The record 35-day federal shutdown ended when Trump gave in to mounting pressure, retreating from his demand that Congress commit $5.7 billion for a U.S.-Mexico border wall before federal agencies could resume work. The bill he signed did not provide the money Trump wanted for a barrier, which House Speaker Nancy Pelosi has called "immoral" and has insisted Congress will not finance.

On Fox News Sunday, Mulvaney wouldn't directly answer whether Trump would take less than $5.7 billion, but said the president was willing to negotiate.

"The president has already gone to the Democrats and said, look, it's not a 2,000-mile sea-to-shining-sea wall."

Rep. Hakeem Jeffries of New York, a member of the Democratic leadership in the House, said that a long wall would be ineffective and a waste of taxpayers' dollars.

"That's a 5th century solution to a 21st century problem," Jeffries told NBC's "Meet the Press." ''What we want to support over the next few weeks is 21st century border security."

"I think the American people are tired of watching the government where people get locked down for no reason except maybe political reasons," Blunt said, adding that Trump has changed his demands on border security as he's learned more about the problem.

"The president went from talking about a wall along the entire southern border at one point during the campaign ... to let's have barriers where they work and let's have something else where barriers wouldn't work as well," Blunt said.

Mulvaney told "Fox News Sunday" that Trump agreed to temporarily end the shutdown because some Democrats have stepped forward, publicly and privately, to say they agree with Trump's plan to better secure the border. Mulvaney said they told Trump they couldn't split with Pelosi and Senate Democratic Leader Chuck Schumer, and work with the White House if the government remained closed.

"Everybody wants to look at this and say the president lost," Mulvaney said. "We're still in the middle of negotiations."

Mulvaney said the president is not seeking a "2,000-mile sea to shining sea" wall. The White House has identified 17 priorities for building barriers to discourage illegal crossings. "It's about 243 miles," he said. "It's the wall, where we need it the most and where we need it the quickest."

"At the end of the day, the president is going to secure the border one way or another."