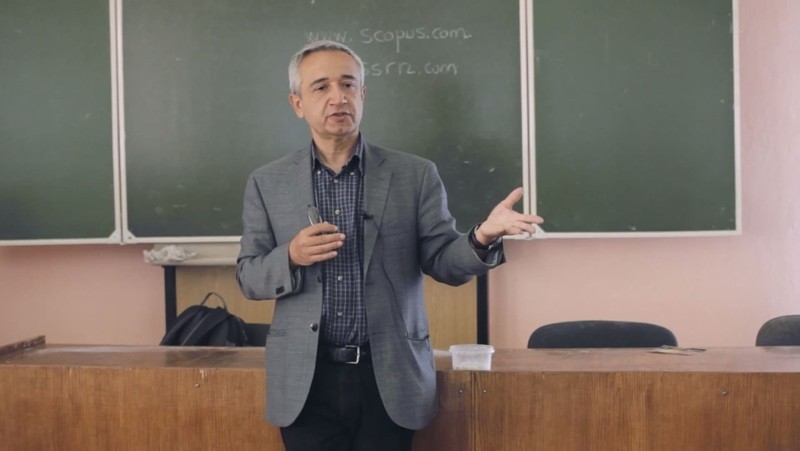 Three suspects were detained in Colombia's Medellin over their involvement in the murder of a Turkish-Canadian professor, reports said Friday.

According to the local media, three people, including two women, were detained in an operation conducted by the Colombian Special Forces in Medellin where Professor Ramazan Gençay was murdered in Dec. 2018.

Two of the suspects are being held responsible for the murder of two other Colombian professors, media reports said.

The legal process for the prosecution's indictment is expected to begin with a session on Feb. 7.

Gençay who went missing on Dec. 6 was found killed in the outskirts of the city. According to a Medellin security official he was poisoned by a group of women.

Gençay, a professor of economics at Simon Fraser University in Canada where he settled in the early 1990s, was in Colombia's second-largest city Medellin for a seminar at EAFIT University on Nov. 28. He decided to prolong his stay in the city, where he had been to before. Gençay was last seen with unidentified people at a salsa club on Dec. 6, and an investigation showed money was withdrawn from his credit cards on Dec. 7 and Dec. 8.

His family said on social media that Gençay was an experienced traveler who enjoyed hiking as well as salsa dancing. The professor worked as a guest lecturer at EAFIT University in 2016 according to his CV. He also served as a guest lecturer in Universidad del Rosario in Bogota, Colombia in 2015. The family said Colombian authorities were investigating Gençay's disappearance in cooperation with Canadian security officials.