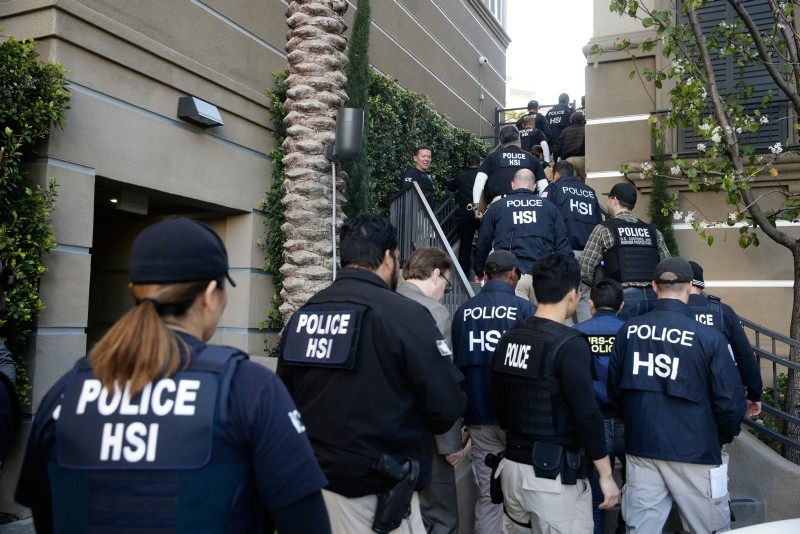 U.S. prosecutors announced Thursday they had dismantled three secret "birth tourism" networks that illegally offer Chinese expectant mothers the chance to give birth in California so their children will have U.S. citizenship.

In total, 19 people were charged in the schemes, in which families were poised to pay tens of thousands of dollars, California's prosecutor Nicola Hanna said in a statement.

The three named "birthing houses" were broken up after an investigation in 2015, which authorities have only now publicly acknowledged.

These organizations allowed foreign nationals, most of them Chinese, to come to the U.S. under falsely obtained tourist visas, for which they often lied about the length and purpose of their visit.

According to prosecutors, the Chinese networks advised their clients on how to deceive American authorities by telling them, for example, to lie during their consular interviews and wear "loose clothing that would conceal their pregnancies" at ports of entry, according to the prosecutors' statement.

"America's way of life is not for sale," said Joseph Macias, a Homeland Security investigator for Los Angeles.

"HSI will aggressively target those who would make a mockery of our laws and values to benefit and enrich themselves," he said.

All three pleaded not guilty Thursday to charges including conspiracy, visa fraud and money laundering, according to Thom Mrozek, a spokesman for the U.S. Attorney's office in Los Angeles. Trials were scheduled for March 26.

More than a dozen others, including the operator of a third such business, also face charges but are believed to have returned to China, prosecutors said.

U.S. authorities said the businesses also posed a national security risk since their customers, some who worked for the Chinese government, secured American citizenship for children who can move back to the United States and once they're 21 and then sponsor their parents for green cards.

"I see this as a grave national security concern and vulnerability," said Mark Zito, assistant special agent-in-charge of Immigration and Customs Enforcement's homeland security investigations. "Are some of them doing it for security because the United States is more stable? Absolutely. But will those governments take advantage of this? Yes, they will."

Birth tourism businesses have long operated in California and other states and cater to couples from China, Russia, Nigeria and elsewhere.

In the past, operators sometimes ran into trouble with local code enforcement officials when neighbors in residential areas complained about crowding or excess trash, but they didn't face federal scrutiny.

In 2015, federal agents in California raided roughly three dozen sites connected with the three businesses. More than 20 people were designated as material witnesses but some later fled to China and were charged with violating federal court orders, and a lawyer who helped them leave the country was convicted of obstruction of justice.