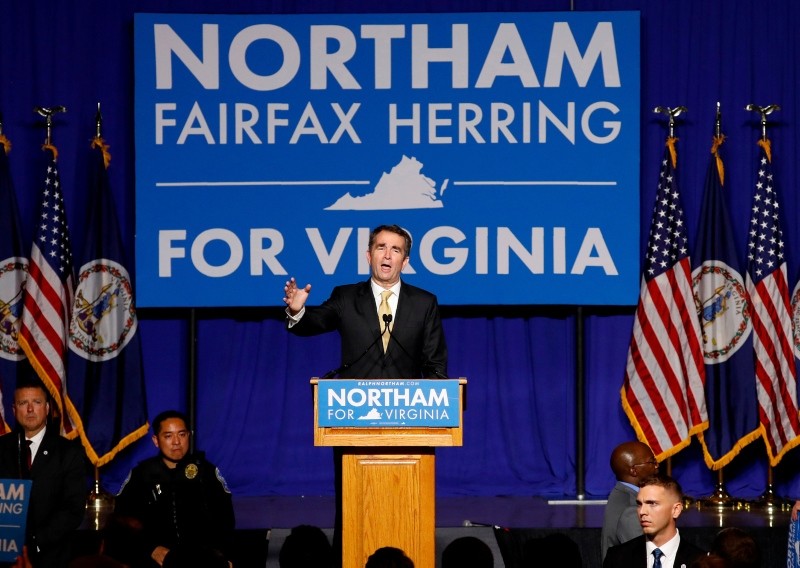 Democratic candidate for governor Ralph Northam speaks after his election night victory at the campus of George Mason University in Fairfax (Reuters File Photo)
by Compiled from Wire Services Feb 02, 2019 12:00 am

Ralph Northam, the Democratic governor of the U.S. state of Virginia, is facing calls to resign after he confirmed he appeared in a racist yearbook photo and said he is "deeply sorry."

"Earlier today, a website published a photograph of me from my 1984 medical school yearbook in a costume that is clearly racist and offensive," Northam said in a statement Friday. 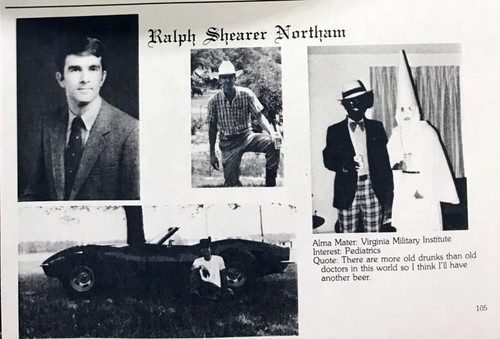 Their calls for Northam to step down came in a wave late Friday, after the Democrat had apologized for appearing in a photo in which one person is dressed in blackface and another is wearing a full Ku Klux Klan uniform. The photo appeared in his 1984 medical school yearbook.

The yearbook images were first published Friday afternoon by the conservative news outlet Big League Politics. The Virginian-Pilot later obtained a copy from Eastern Virginia Medical School, which Northam attended. The photo shows two people looking at the camera — one in blackface wearing a hat, bow tie and plaid pants; the other in a full Ku Klux Klan robe.

An Associated Press reporter saw the yearbook page and confirmed its authenticity at the medical school.

In his first apology, issued in a written statement, Northam called the costume he wore "clearly racist and offensive," but he didn't say which one he had worn.

He later issued a video statement saying he was "deeply sorry" but still committed to serving the "remainder of my term."

"I accept responsibility for my past actions and I am ready to do the hard work of regaining your trust," Northam said.

But Northam appears to have virtually no path forward to remain in office without any institutional support. His departure would mean current Lt. Gov. Justin Fairfax, a Democrat who is only the second African American to win statewide office in Virginia, would be the next governor. Northam's term was set to end in 2022.

Black lawmakers said they met with Northam Friday evening and said in a statement they appreciate his service.

"But given what was revealed today, it is clear that he can no longer effectively serve as governor," the Virginia Legislative Black Caucus said, "It is time for him to resign so that Virginia can begin the process of healing."

State Sen. Louise Lucas of Portsmouth, a close ally of Northam and longtime African-American lawmaker, described a hastily called conference call with black leaders around the state as "intense," her voice breaking, but did not elaborate.

Northam spent years actively courting the black community in the lead up to his 2017 gubernatorial run, building relationships that helped him win both the primary and the general election. He's a member of a predominantly black church on Virginia's Eastern Shore, where he grew up.

"It's a matter of relationships and trust. That's not something that you build overnight," Northam told the AP during a 2017 campaign stop while describing his relationship with the black community.

Northam, a folksy pediatric neurologist who is personal friends with many GOP lawmakers, has recently come under fire from Republicans who have accused him of backing infanticide after he said he supported a bill loosening restrictions on late-term abortions.

Last week, Florida's secretary of state resigned after photos from a 2005 Halloween party showed him in blackface while dressed as a Hurricane Katrina victim.