Spaniards flock to the streets to demand better pensions in Madrid 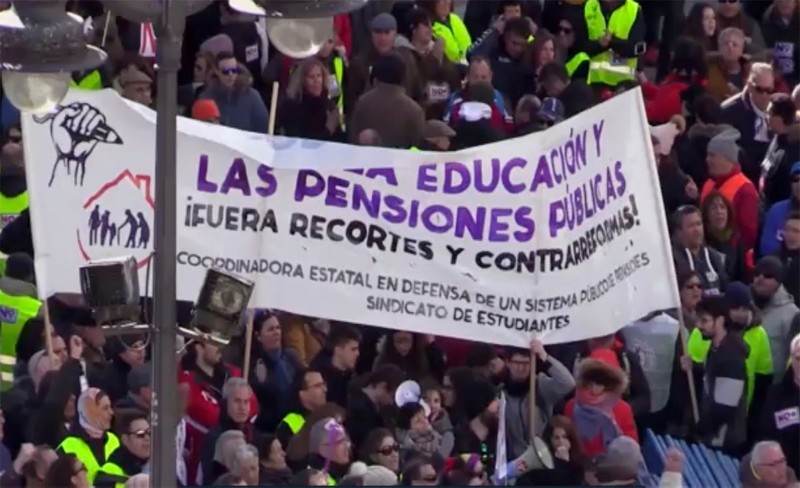 The protesters held banners, some reading "We are all pensioners" and "I'm old, not stupid."

Retiree groups and unions have held protests across Spain during recent months to demand that the government make sure that pension payouts rise in line with inflation. They argue that the 0.25 percent increase in 2017 was insufficient.

Isabel Perez, 67, says "this is a fight that we have to keep going because our demands have not been met."

Several striking taxi drivers joined the march. Taxi drivers have been striking for 13 days in the Spanish capital, demanding tighter regulations for those using ride-hailing apps like Uber and Cabify.