Trump wants to keep US military in Iraq to 'watch' Iran 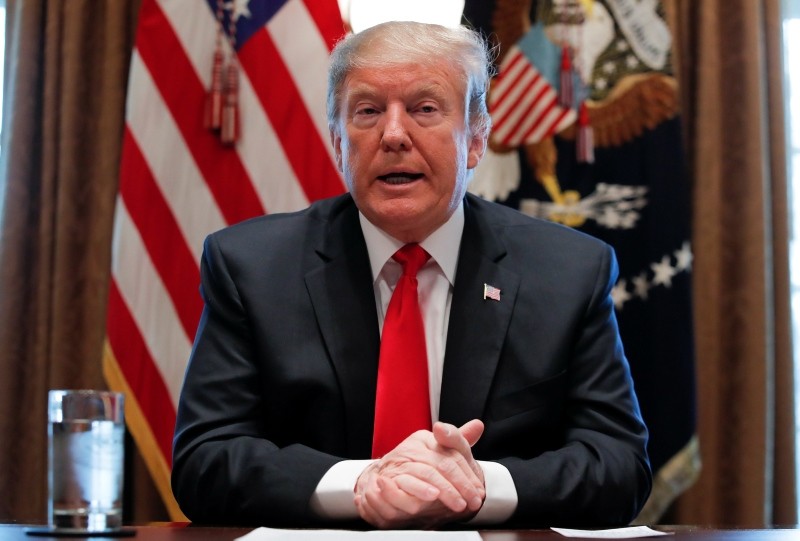 U.S. President Donald Trump said it was important to keep a U.S. military base in Iraq so that Washington can keep a close eye on Iran, according to a CBS interview to be broadcast on Sunday.

"One of the reasons I want to keep it is because I want to be looking a little bit at Iran because Iran is a real problem," he said in excerpts from a CBS "Face the Nation" interview. "I want to be able to watch Iran."

"All I want to do is be able to watch. We have an unbelievable and expensive military base built in Iraq. It's perfectly situated for looking at all over different parts of the troubled Middle East rather than pulling up."

Trump defended his decision to withdraw troops from Syria but refused to provide a timetable for the pullout, which was criticized by members of his own Republican Party and caused concern among some allies in the region.

He said some of the forces moving out of Syria will go to the base in Iraq and "ultimately some will be coming home."

Speaking about the crisis in Venezuela, Trump said U.S. military intervention was "an option."

"Well I don't want to say that. But certainly it's something that's on the- it's an option," he said.

Trump also said Venezuelan President Nicolas Maduro requested a meeting with him a few months ago but he turned it down.

The U.S., Canada and several other countries recognized Guaido as the interim president, while Turkey, Russia, Cuba and other nations voiced support for Maduro.

Shortly after protests broke out against Maduro, Venezuela's most important regional military commanders and its defense minister issued a statement in support of Maduro, describing Guaido as a coup-monger backed by Washington.

On Saturday, Maduro said he was willing to sit down for talks with the opposition in an effort to promote national "harmony."