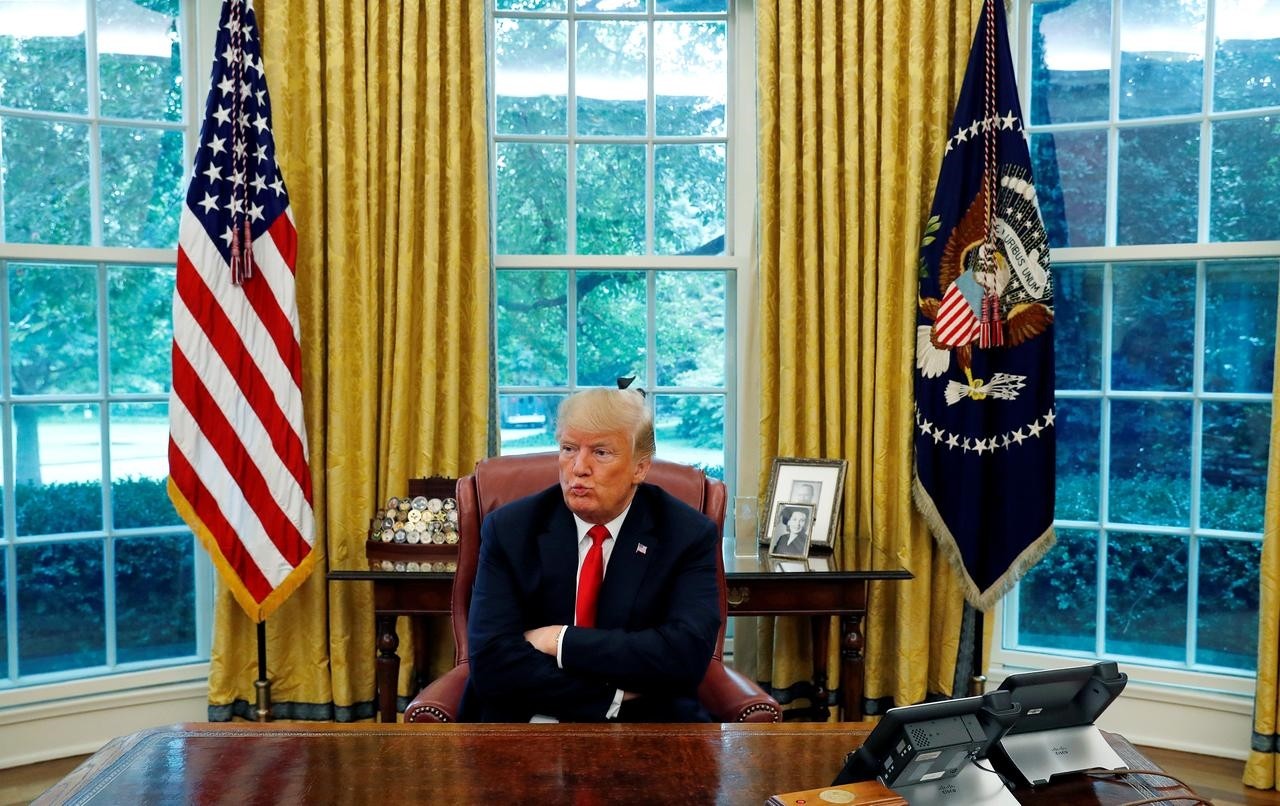 Donald Trump's typical day starts late and is spent mostly watching TV, browsing newspapers and tweeting, according to a leak of the president's confidential schedule.

The weekend report on news site axios.com angered the White House, which did not deny the details of what appears to be a rather easy typical day at the office for the world's most powerful man.

Most days, Trump has no official work before 11:00 am, according to the daily guidance given to the media by the press office. That usually begins with the president receiving his intelligence briefing.

According to detailed private schedules published by Axios, things don't get much more hectic after that.

Trump's personal secretary, Madeleine Westerhout, was not amused by the embarrassing report.

"What a disgraceful breach of trust to leak schedules," she tweeted, adding that the leaked documents in Axios don't show "the hundreds of calls and meetings @realDonaldTrump takes everyday."

"This POTUS is working harder for the American people than anyone in recent history," she tweeted.

Monday's official schedule, released by the press office, indicated business as usual. Trump, who spent the weekend at his Florida golf club, was due to have his intelligence briefing at 11:45, followed by lunch with Vice President Mike Pence at 12:45.

No other events were listed.