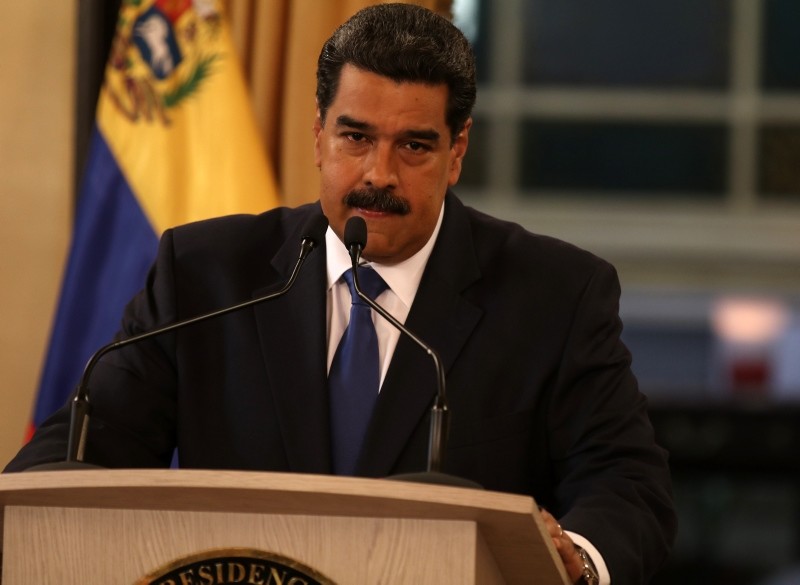 Venezuelan President Nicolas Maduro said on Friday the U.S.-backed humanitarian aid being stockpiled in the Colombian border city of Cucuta for his country should be distributed to poor Colombians as Venezuelans are not "beggars."

The day after trucks carrying medicine and food arrived in Cucuta, Maduro, who has become increasingly isolated internationally, told a news conference that Venezuela did not need the aid that includes supplies provided by the United States.

"Venezuela will not allow the show of ... humanitarian aid because we do not beg from anyone," Maduro told reporters. "Venezuela is not suffering the humanitarian crisis fabricated by Washington over the last four years to justify intervening in our country."

Maduro has overseen an economic collapse in the oil-rich OPEC country that has left many Venezuelans malnourished and struggling to find medicine, sparking the exodus of an estimated 3 million Venezuelans.

The dire situation has fueled a political crisis that has peaked over the last month with opposition leader Juan Guaido invoking a constitutional provision to declare himself the legitimate president. He argues Maduro was re-elected last year in a sham election.

More than forty nations including the United States, major European powers and most Latin American countries have recognized Guaido as the country's rightful head of state.

Representatives of the European Union and a group of Latin American governments met in Montevideo, Uruguay, on Thursday to discuss the crisis.

Their organization, the International Contact Group on Venezuela, issued a statement saying they would send a technical mission to the country to help provide humanitarian aid and support new elections as soon as possible.

"We reject the partisan and ideological nature of the document," Maduro said on Friday, adding that he would always welcome dialogue with anyone.

Guaido has said the time for dialogue has passed.