Nicaragua Trump's next target after Venezuela 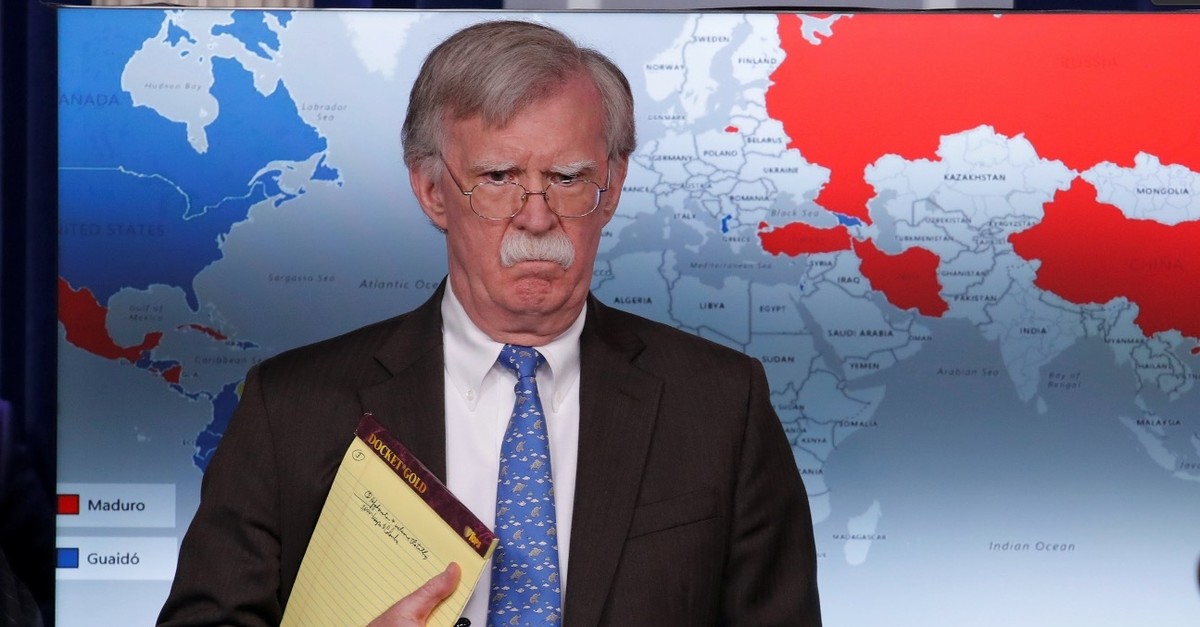 In a fresh series of menacing tweets against Washington's adversaries in Latin America, Bolton said: "The Ortega regime has sentenced three farm leaders to 550 years in prison for their roles in protests in 2018, where Ortega's police forces reportedly killed 300 activists. As President Trump said Monday, Ortega's days are numbered and the Nicaraguan people will soon be free."

The U.S. has thrown its support behind the protests against Latin American governments with Bolton, last November, coining the term "Troika of Tyranny" to describe socialist governments of Venezuela, Nicaragua and Cuba.

"This Troika of Tyranny, this triangle of terror stretching from Havana to Caracas to Managua, is the cause of immense human suffering, the impetus of enormous regional instability, and the genesis of a sordid cradle of communism in the Western Hemisphere," Bolton said in a speech at the Freedom Tower in Miami. "The U.S. looks forward to watching each corner of the triangle fall… The Troika will crumble."

As tensions between Washington and Caracas have risen sharply, Venezuelan President Nicolas Maduro has long accused the U.S. of plotting an invasion. He accused Bolton of overseeing a plot to replace him with a dictator. He alleged that Washington is using "dirty dollars, bled from the U.S. empire" to train 734 mercenaries in neighboring Colombia to carry out the plot. U.S. President Donald Trump reaffirmed earlier this month that military intervention in Venezuela was "an option."

The Venezuelan leader began a second six-year term on Jan. 10, having won elections in May that were boycotted by the opposition and rejected by 12 Latin American nations, including Colombia and Brazil. Amid the U.S. campaign for overthrowing democratically elected President Maduro, Juan Guaido, president of the National Assembly, declared himself interim president on Jan. 23.

Bolton called on Venezuelan leaders still have time to make the "right choice." "Any actions by the Venezuelan military to condone or instigate violence against peaceful civilians at the Colombian and Brazilian borders will not be forgotten." Meanwhile, Amiral Craig Faller, head of the U.S. Southern Command (Southcom), warned that Venezuelan military will be responsible for its own actions. "Do the right thing. Save your people and your country," he said. Southcom is responsible for providing contingency planning, operations, and security cooperation in its assigned area of responsibility, including Central and South America with the Caribbean.

The U.S. was the first to recognize Guaido as acting president. In a move to further escalate tensions, Guaido's designated ambassador to Costa Rica took control of Venezuela's Embassy in the Central American country Wednesday, triggering criticism from the Costa Rican government. "Her behavior was unacceptable and violated the diplomatic norms of respect and trust in the international community," Costa Rica's Deputy Foreign Minister Lorena Aguilar said. Costa Rica has no power to intervene, however, since the embassy is subject to Venezuelan law.