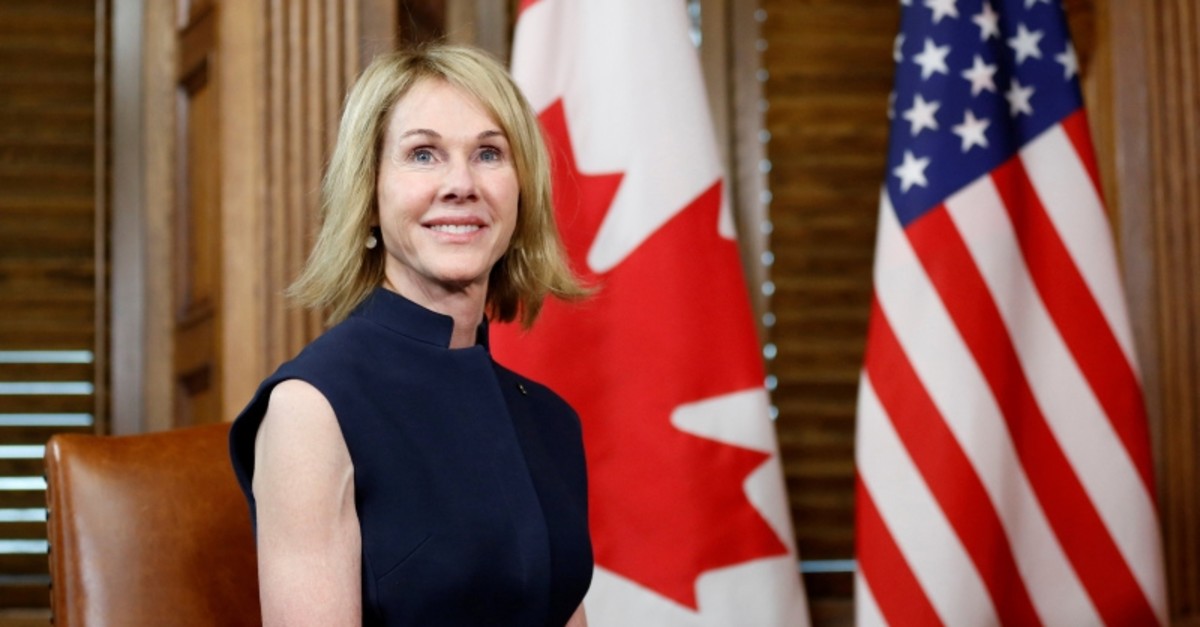 Trump said in a pair of tweets that Craft "has done an outstanding job representing our Nation" and he has "no doubt that, under her leadership, our Country will be represented at the highest level."

Two people familiar with the matter who spoke on condition of anonymity to discuss personnel matters had told The Associated Press that Trump had been advised that Craft's confirmation would be the smoothest of the three candidates he had been considering to fill the job last held by Nikki Haley.

McConnell praised Craft as "an exceptional choice for this critical post." He added, "She has a long record of service to her state and the nation and I'm confident she will continue to serve with distinction as America's voice to the world at the United Nations."

Craft, a Kentucky native, was a member of the U.S. delegation to the U.N. General Assembly under President George W. Bush's administration. She is also friends with McConnell's wife, Transportation Secretary Elaine Chao, and thanked Chao for her "longtime friendship and support" at her swearing-in as ambassador.

As U.S. ambassador to Canada, she played a role in facilitating the U.S.-Mexico-Canada trade agreement, a revamp of the North American Free Trade Agreement.

Nauert's withdrawal from consideration came amid a push within the administration to fill the position, given a pressing array of foreign policy concerns in which the United Nations, particularly the U.N. Security Council, is likely to play a significant role. From Afghanistan to Venezuela, the administration has pressing concerns that involve the world body, and officials said there had been impatience with the delays on Nauert's formal nomination.

Trump said Dec. 7 that he would pick the former Fox News anchor and State Department spokeswoman for the U.N. job, but her nomination was never formalized. Notwithstanding other concerns that may have arisen during her confirmation, Nauert's nomination had languished in part due to the 35-day government shutdown that began Dec. 22 and interrupted key parts of the vetting process. Nauert cited family considerations in withdrawing from the post.

With Nauert out of the running, officials said Pompeo had been keen on Craft to fill the position. Although Pompeo would like to see the job filled, the vacancy has created an opportunity for him and others to take on a more active role in U.N. diplomacy. On Thursday, for example, Pompeo was in New York to meet with U.N. chief Antonio Guterres.

Trump has demoted the U.N. position to sub-Cabinet rank, in a move backed by both Bolton and Pompeo, according to three other officials. Grenell had suggested he wasn't interested in a non-Cabinet role. The officials were not authorized to discuss internal personnel deliberations and spoke on condition of anonymity.

Haley had been a member of the Cabinet and had clashed repeatedly with former Secretary of State Rex Tillerson and others during the administration's first 14 months. Bolton was not a Cabinet member when he served as U.N. ambassador in President George W. Bush's administration, and neither he nor Pompeo is eager to see a potential challenge to their foreign policy leadership in White House situation room meetings, according to the officials.

France's U.N. Ambassador Francois Delattre said she looks forward to working with Craft, if confirmed by the Senate, "after the particularly close and trusting partnership that I had developed with Ambassador Nikki Haley."

"I hope that Ms. Craft will continue, like Nikki Haley, to be a bridge between Washington and the UN at a time when we more than ever need an America that is engaged with the U.N. in world affairs and committed to our shared values, beginning with human rights," DeLattre said.

Nelson Wiseman, a political science professor at the University of Toronto, said Craft was appointed ambassador to Canada because of her financial contributions to the Trump campaign, but said that's not unusual as past ambassadors have also contributed to presidents who have appointed them.

"I think Ottawa has regarded Craft as a lightweight, partly because of her background and partly because the sense is that Trump, unlike his predecessors, doesn't listen to his ambassadors or care what they think," Wiseman said.

Craft is married to billionaire coal-mining executive Joe Craft, and they are major Republican donors.

After being named ambassador to Canada, Craft made headlines for telling the Canadian Broadcasting Corp. that she believes in "both sides" of climate science.