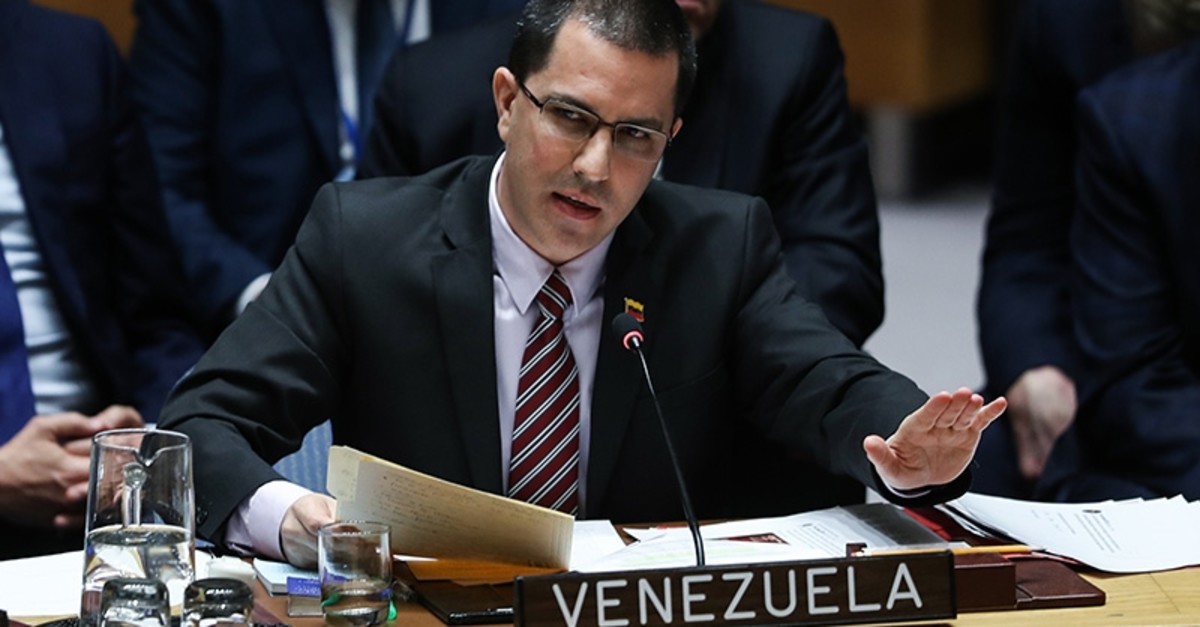 Venezuela's foreign minister on Wednesday called for direct talks between President Nicolas Maduro and Donald Trump to address the country's crisis -- a proposal swiftly rejected by the White House, which recognizes the opposition.

The call from Venezuela's top diplomat Jorge Arreaza came in an address to the United Nations Human Rights Council that was boycotted by multiple diplomats including from Latin America and Europe.

"We are proposing the path of dialogue, even with the United States... Why shouldn't they meet, President Trump and President Maduro?" Arreaza said.

The United States does not sit on the rights council following Trump's decision to quit the body last year.

But the American envoy to the U.N.'s Conference on Disarmament (CoD) Robert Wood walked out of the chamber as another Venezuelan diplomat, Felix Plasencia, took the podium.

Wood, asked about the prospects of a Trump-Maduro summit, told reporters: "President Trump is prepared to meet with the rightful president of Venezuela and that is Juan Guaido."

Vice President Mike Pence said the United States only recognizes Guaido -- whom he met earlier this week in Colombia in a show of support.

"The only thing to discuss with Maduro at this point is the time and date for his departure," Pence tweeted.

"For democracy to return and for Venezuela to rebuild -- Maduro must go," he wrote.

Guaido declared himself acting president on Jan. 23 until new elections were held, and was recognized by Australia, Canada, Columbia, Peru, Ecuador, Paraguay, Brazil, Chile, Panama, Argentina, Costa Rica and the U.S. The European Parliament took a step in the same direction.

Turkey, Russia, Iran, Cuba, China, and Bolivia reiterate support for Maduro, who vowed to cut all diplomatic and political ties with the U.S.

Arreaza denounced what he described as a campaign of "aggression" being perpetrated by the United States against Venezuela, including an international assault on the government's foreign assets.

He said Washington's actions were depriving ordinary Venezuelans of food and medicine, and called on the rights council to "raise its voice" against the American "blockade."

The US has ramped up the pressure on the Maduro regime with sanctions against top officials, and the promise to exempt those who recognize Guaido as their true leader.

An estimated 2.7 million people have fled Venezuela since a devastating political and economic crisis engulfed the country in 2015, according to the U.N.