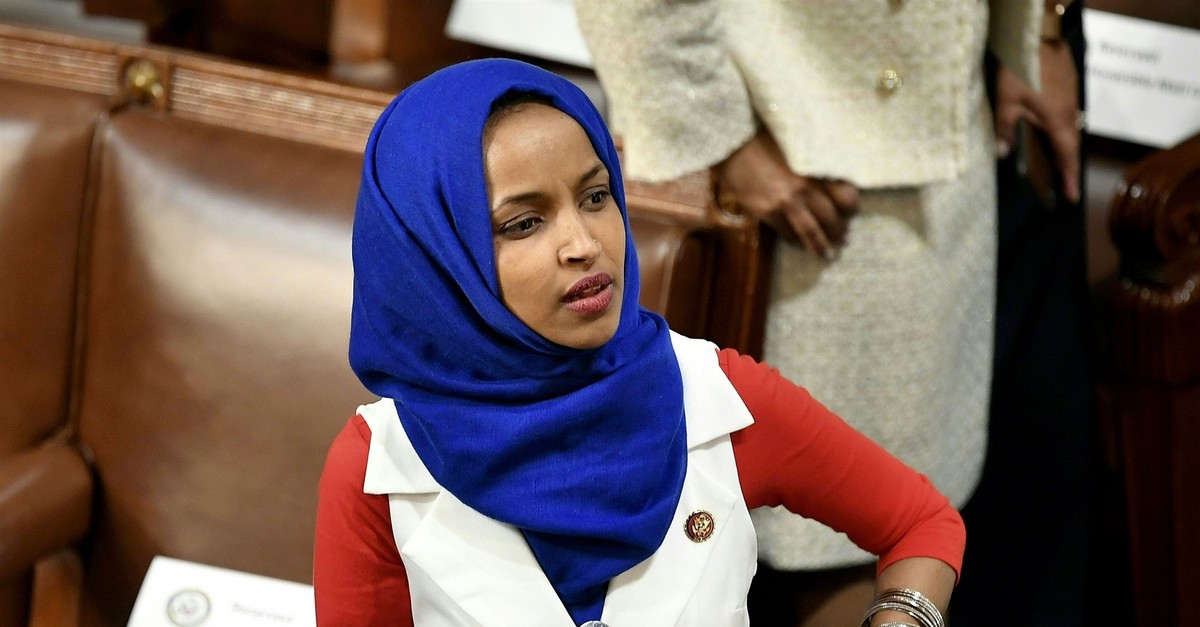 An anti-Muslim poster linking Congresswoman Ilhan Omar to terrorists put up on display to celebrate the Republican Party in the West Virginia Capitol caused controversy, as many claimed the poster provokes hatred against Muslims.

At least one person was injured and another was forced to resign following the incident, reports said.

The poster in question, featuring an image of Rep. Ilhan Omar under an image of the burning twin towers building was displayed at a table in the Capitol's rotunda.

"'Never forget' — You said," "I am the proof you have forgotten," read the caption. 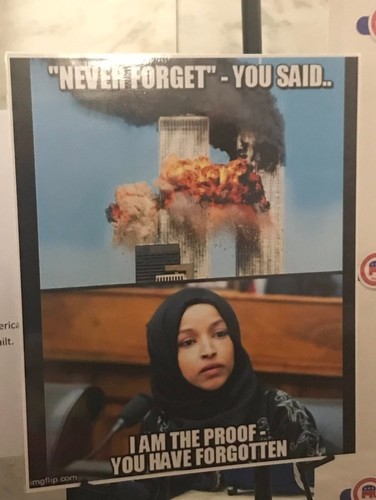 On her official Twitter account, Omar slammed the poster, saying that such propaganda makes her a target of Islamophobic smears.
"No wonder why I am on the "Hitlist" of a domestic terrorist and "Assassinate Ilhan Omar" is written on my local gas stations," Omar said, noting that such a hateful image was displayed in a state capitol and no one is condemning it.

The poster was displayed as part of the WVGOP Day sponsored by the Republican Party in West Virginia.

State party chairwoman Melody Potter did not respond to questions about the incident, reports said.

"I cannot understand why it is so hard for my Republican colleagues to say it is wrong to display an Islamophobic, hateful poster in the Capitol this morning," Mike Pushkin, a Democratic member of the House of Delegates said on Twitter.

Pushkin told the Washington Post that no Republican representatives condemned the poster.

Meanwhile, an argument broke out after the House's sergeant at arms Anne Lieberman allegedly said "all Muslims are terrorists" and Democrats objected to the poster.

Although Lieberman denied making such comments, she submitted her resignation by late Friday, reports said.

Omar, who lived in refugee camps in Kenya for four years, came to the U.S. at the age of 12. In the November 2018 mid-term elections, she had a landslide victory over incumbent Rep. Phyllis Kahn, winning 41 percent of the votes and sidelining her Republican rival Jennifer Zielinski.

According to a leading Muslim advocacy group, the Council on American-Islamic Relations (CAIR), the number of anti-Muslim hate crimes in the U.S. rose 91 percent in the first half of 2017, compared with the same period in 2016.