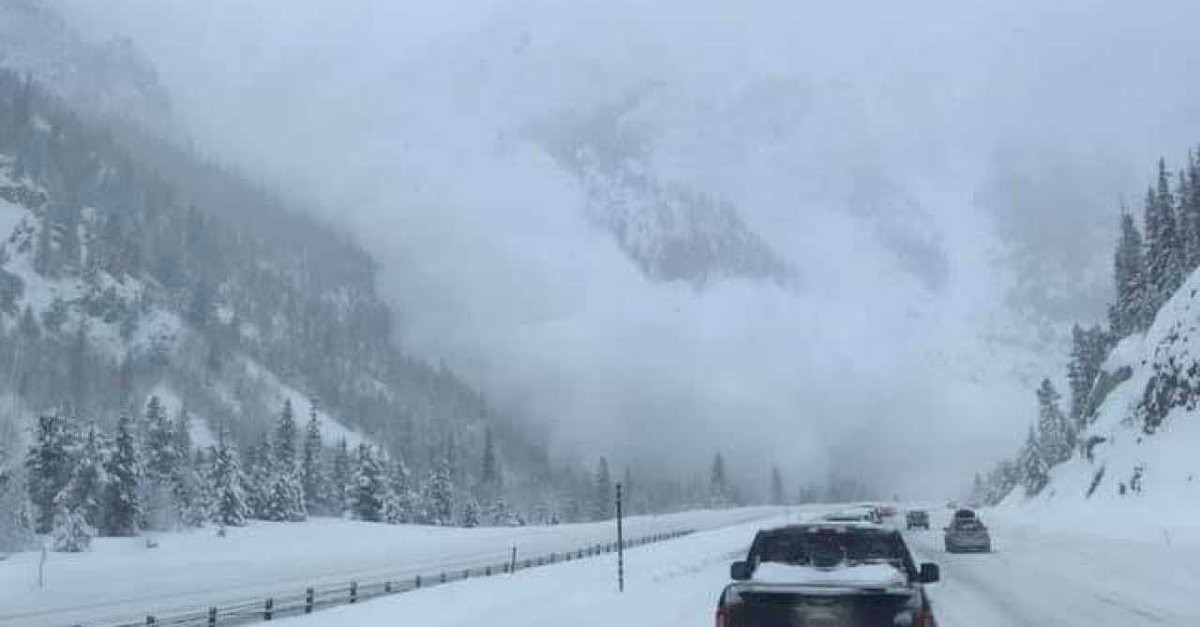 Drivers on the Interstate 70 in the U.S. state of Colorado had a lucky escape on Sunday when a cloud of snow dust from a massive avalanche hit the highway, enveloping cars in a coating of slush.

The terrifying video filmed by Jacob Easton showed how the torrent of snow rolled down the mountainside, not far from Copper Mountain, on the opposite side of the highway before sliding across both sides of the interstate.

Although the avalanche stopped short of devouring the whole Interstate 70, it released a huge cloud of snow which blanketed much of the road.

The snow was seen covering a pickup truck ahead before sweeping down to Easton's vehicle, completely covering the windshield.

Easton told local media that he and his father escaped unharmed, albeit shaken by witnessing the power of the avalanche.

According to the Colorado Avalanche Information Center, up to 3 to 4 feet (1 meter or more) of snow fell in some parts of the region where the I-70 avalanche happened. While the slide danger caused by all the new snow likely peaked on Sunday, it said the danger was still high — just below the top rating of extreme — in the Front Range, Vail and Summit County, Aspen, Grand Mesa, Gunnison and Sawatch regions.

Crews on Monday recovered the body of a missing backcountry skier who apparently died in an avalanche in southwestern Colorado as the danger level remained elevated following heavy snow over the weekend.

Teams working with avalanche dogs found the man's body in a slide believed to have occurred Sunday in the Matterhorn area near Telluride, the San Miguel Sheriff's Office said. Because the risk of avalanches was high, crews had to wait for helicopters to drop explosives to trigger slides and reduce the danger of natural slides before ground crews could go in to search for the man, who was reported missing after failing to return home, sheriff's office spokeswoman Susan Lilly said.

On Sunday, another avalanche dumped snow across a section of Interstate 70, a highway that connects the Denver area to ski resorts, between Frisco and Copper Mountain. No injuries were reported.

Avalanches on well-traveled roads in Colorado are rare. When the slide danger is high, roads are often closed so crews can trigger avalanches at places prone to slides.