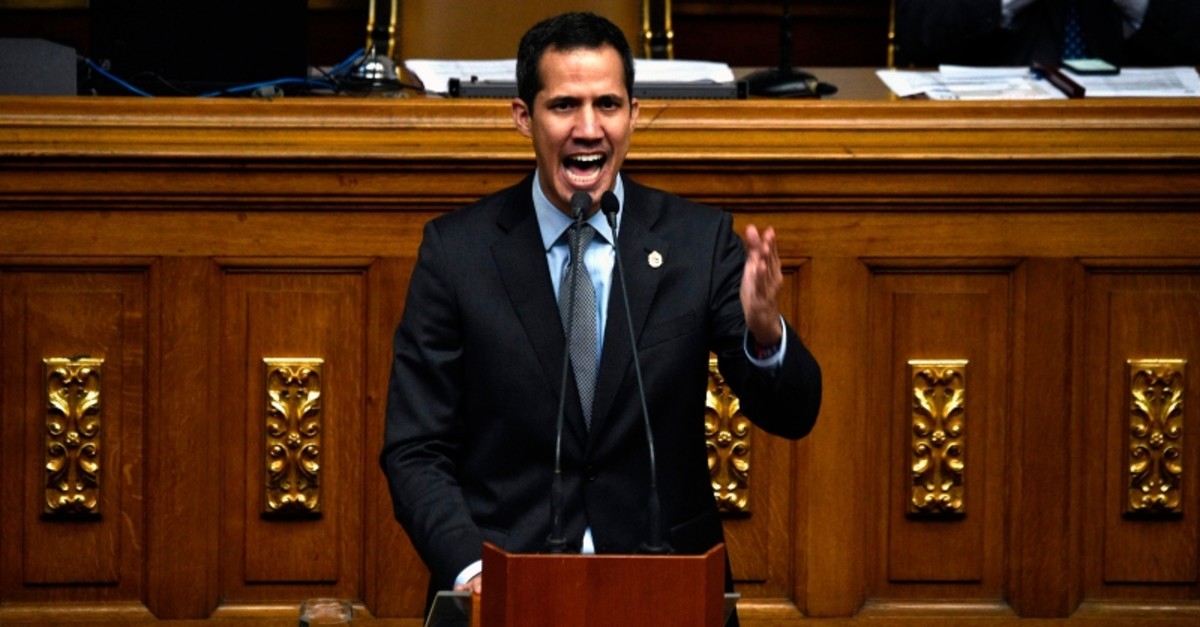 Venezuelan opposition leader and self-proclaimed acting president Juan Guaido gestures as she speaks during a session of the Venezuelan National Assembly in Caracas on March 6, 2019. (AFP Photo)
by Mar 07, 2019 2:24 pm

Venezuela's opposition leader Juan Guaido urged Europe to tighten financial sanctions against the government of Nicolas Maduro after it expelled Germany's ambassador, a magazine quoted him as saying on Thursday.

It was the latest flashpoint in a global showdown over Venezuela, with Western nations largely recognising Guaido as legitimate head of state, but Russia and China still supporting the socialist Maduro and urging non-interference.

"I hope that Europe reacts sharply to this serious threat against an ambassador," Guaido added. "Above all, they should tighten financial sanctions against the regime."

Germany is among the many nations backing Guaido's plan to install a transition government ahead of free elections.

He denounces Maduro as a usurper whose re-election last year resulted from a sham vote. Maduro says he is victim of a U.S.-led coup attempt and "economic war".

German Foreign Minister Heiko Maas on Wednesday called Venezuela's action "incomprehensible" and said Germany and its European partners would continue to back Guaido.

He said the ambassador would be returning home for consultations. Guaido, however, said he had asked Kriener to stay, since Maduro was not empowered to expel a diplomat as he was "occupying the post of president illegally."

The international community should act to prevent Maduro using Venezuelan taxpayer funds to "kill critics of the regime and indigenous peoples, as is already happening at the border to Brazil," he said in reference to recent violence there.