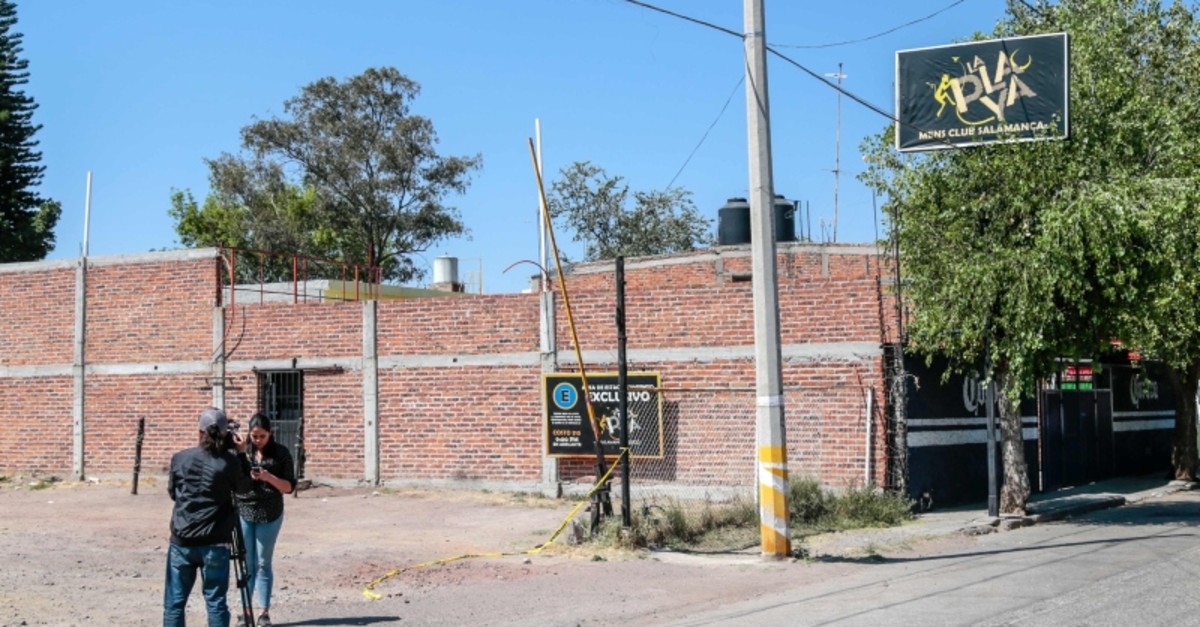 Journalists work outside the nightclub where at least 15 men were killed in an attack in Salamanca, Guanajuato state, Mexico (AFP Photo)
by French Press Agency - AFP
Mar 09, 2019 12:00 am

At least 15 men have died following a shooting at a nightclub in central Mexico, prosecutors said Saturday.

The nightclub lies in Guanajuato state, where authorities have launched an operation against criminal gangs involved in fuel theft.

The attack took place in the early hours Saturday as several heavily armed men opened fire at the La Playa nightclub in Salamanca before making off in a vehicle, the spokesman said.

The four injured people were taken to a nearby hospital. So far, none of the victims have been identified.

Salamanca is the site of the main pipeline of state oil company Petroleos Mexicanos (PEMEX), where fuel thieves have cost the firm around $3 billion over the last few years.

In late January, a fake bomb was found in a car parked close to the refinery.

Nearby, signs were found threatening Mexico President Andres Manuel Lopez Obrador and demanding that he withdraw from the area soldiers fighting against fuel theft gangs.

Salamanca is less than 100 kilometers (60 miles) from Santa Rosa de Lima, where a few days ago authorities conducted an operation against Juan Antonio Yepez, the alleged leader of a fuel-stealing cartel.