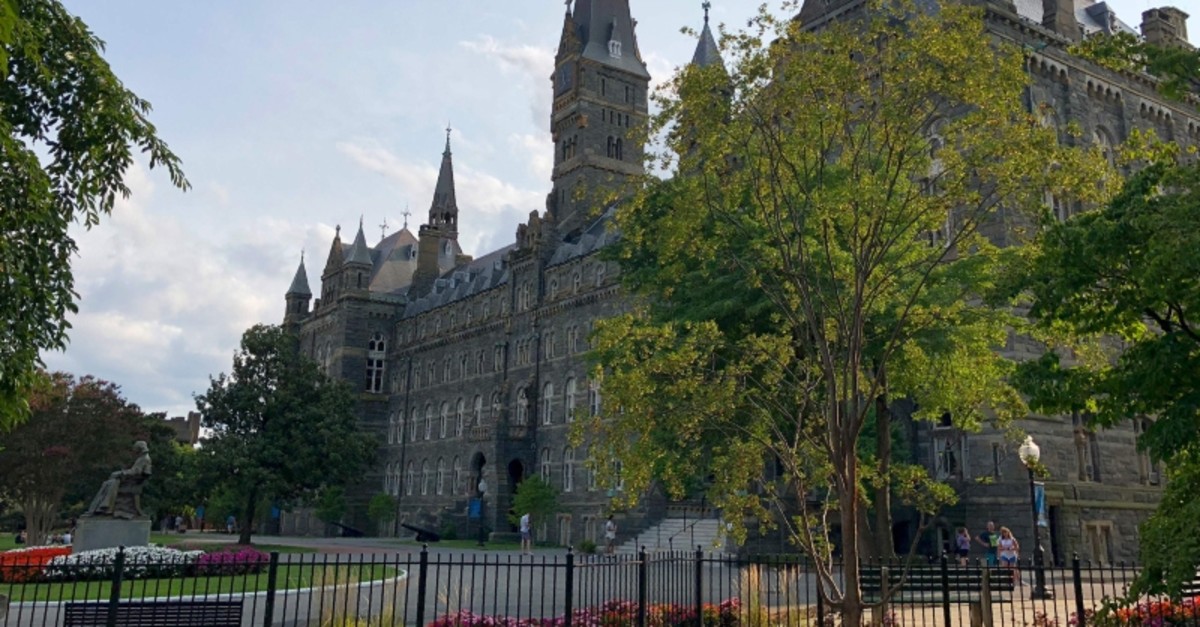 Federal authorities arrested dozens of people on Tuesday for a $25 million scheme to help wealthy Americans, including actresses Felicity Huffman and Lori Loughlin and some CEOs, cheat their children's way into elite universities, such as Yale and Stanford.

The largest college admissions fraud scam unearthed in U.S. history was run out of a small college preparation company in Newport Beach, California, that relied on bribes, phony test takers and even doctored photos depicting non-athletic applicants as elite competitors to land college slots for the offspring of rich parents, prosecutors said.

"These parents are a catalog of wealth and privilege," Andrew Lelling, the U.S. attorney in Boston, said at a news conference. "For every student admitted through fraud, an honest, genuinely talented student was rejected."

Federal prosecutors in Boston charged William "Rick" Singer, 58, with running the scheme through his Edge College & Career Network, which charged from $100,000 to as much as $2.5 million per child for the services, which were masked as contributions to a scam charity Singer runs.

It was the latest in a series of scandals that have rocked the high-stakes, high-stress world of admissions to top colleges. Prosecutors in Boston in recent years have also charged Chinese nationals with cheating on entrance exams, while the College Board, which administers the SAT tests, was rocked in 2016 by a security breach that exposed hundreds of questions planned for tests.

Some 300 law enforcement agents swept across the country on Tuesday to make arrests in what agents code-named "Operation Varsity Blues." Huffman and Loughlin were due to appear in federal court in Los Angeles later on Tuesday, prosecutors said.

Prosecutors have named 33 parents, 13 coaches, and associates of Singer's business, but said the investigation continues and more parents and coaches could be charged.

Singer is scheduled to plead guilty on Tuesday in Boston federal court to charges including racketeering, money laundering and obstruction of justice, according to court papers. He could not be reached for immediate comment.

Pimco declined to comment. Representatives for the other companies and for Huffman and Loughlin, did not respond to requests for comment.

The alleged masterminds of scam and parents who paid into it could all face up to 20 years in prison if convicted.

Huffman, a former best actress Oscar nominee who is married to fellow actor William H. Macy, starred in the ABC TV series "Desperate Housewives." Loughlin, best known for her role in the ABC sitcom "Full House" and the recent Netflix sequel "Fuller House," is married to clothing company founder Mossimo Giannulli, who was also charged in the scheme.

On a call with a wealthy parent, prosecutors said, Singer summed up his business: "What we do is help the wealthiest families in the U.S. get their kids into school ... my families want a guarantee."

Prosecutors said it was up to the universities what to do with students admitted through cheating.

Yale University and the University of Southern California (USC) said in separate statements that they were cooperating with investigators.

"The Department of Justice believes that Yale has been the victim of a crime perpetrated by its former women's soccer coach," Yale said in a statement.

The coach, Rudolph Meredith, resigned in November after 24 years running the women's soccer team. Meredith, who accepted a $400,000 bribe from Singer, is due to plead guilty, prosecutors said. His lawyer declined to comment.

Part of the scheme involved advising parents to lie to test administrators that their child had learning disabilities that allowed them extra exam time.

The parents were then advised to choose one of two test centers that Singer's company said it had control over: one in Houston, Texas, and the other in West Hollywood, California.

The test administrators in the those centers took bribes of tens of thousands of dollars to allow Singer's clients cheat, often by arranging to have wrong answers corrected or having another person take the exam. Singer would agree with parents beforehand roughly what score they wanted the child to get.

In many cases, the students were not aware that their parents had arranged for the cheating, prosecutors said, although in other cases they knowingly took part. None of the children were charged on Tuesday.

Singer also helped parents stage photographs of their children playing sports or even Photoshopped children's faces onto images of athletes downloaded from the internet to exaggerate their athletic credentials.

Wake Forest said it had placed head volleyball coach Bill Ferguson on administrative leave after he was among the coaches accused of accepting bribes.

Three other cooperating witnesses, including a former head coach of women's soccer at Yale, have agreed to plead guilty, prosecutors said.

According to the criminal complaint, investigators heard McGlashan of TPG Capital listening to Singer tell him to send along pictures of his son playing sports that he could digitally manipulate to make a fake athletic profile.

"The way the world works these days is unbelievable," McGlashan said to Singer, according to court papers.