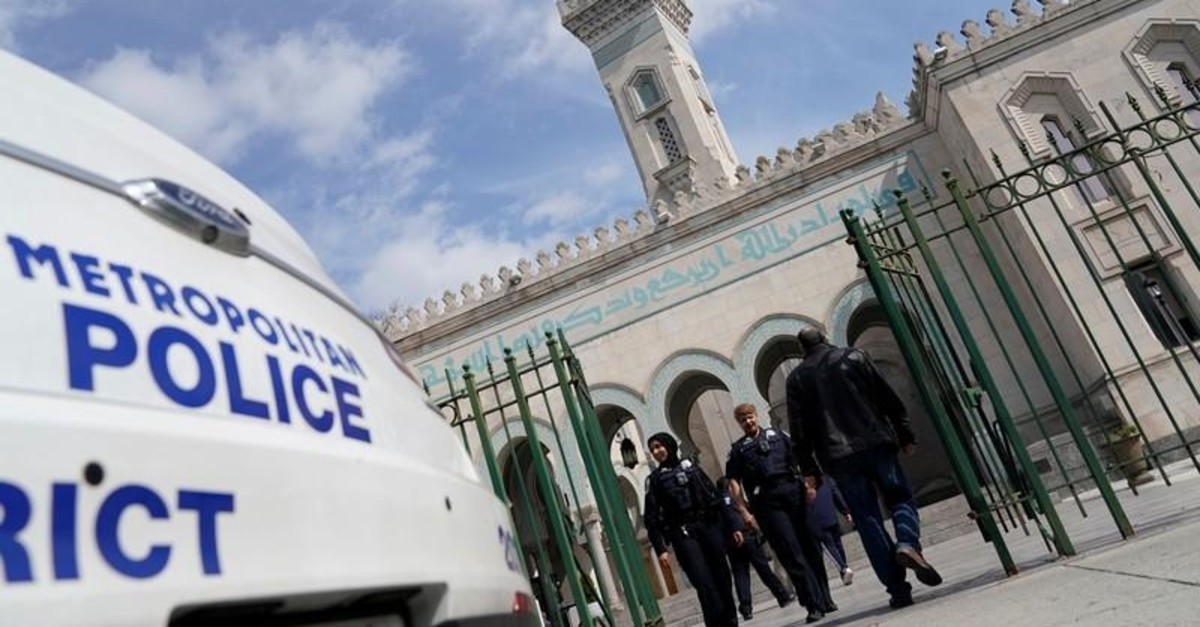 A man heads into daily prayers past Washington metropolitan police officers guarding the mosque, following the mosque attacks in New Zealand, at the Islamic Center of Washington in Washington, U.S., March 15, 2019 (Reuters Photo)
by Anadolu Agency Mar 16, 2019 12:42 am

The Council on American-Islamic Relations (CAIR) urged Muslims Friday to come together in unity and solidarity after 49 worshippers were gunned down at two mosques in New Zealand during Friday prayer services.

"Do not be afraid and do not abandon your mosques. Not today. Not ever," said CAIR's Executive Director Nihad Awad.

Awad spoke at a news conference, saying there are 3,000 mosques across the United States with millions of Muslims attending Friday prayers.

"They have very legitimate fears, and they are being told to be afraid by white supremacists and political leaders who believe in white supremacy," he said.

Gunmen opened fire on worshippers during Friday prayers at the Al Noor and Linwood mosques in Christchurch, New Zealand, with one of the shooters livestreaming the incident on social media. The footage has since been removed from social media platforms.

Four suspects -- three men and one woman -- have been detained so far, and multiple explosive devices were defused, according to multiple reports citing the New Zealand police and its commissioner, Mike Bush.

The leader of CAIR also called out U.S. President Donald Trump, saying he is partially to blame for the terrorist attacks.

Awad delivered a message to Trump, criticizing his rhetoric over the past two years in which he has explicitly said that "Islam hates us."

One of the suspects in the attack released a 74-page manifesto prior to the shooting in which he said that Trump is "a symbol of renewed white identity and common purpose."

"Mr. Trump, your words matter. Your policies matter. They impact the lives of innocent people at home and globally," Awad said. "And you should condemn this not only as a hate crime but as a white supremacist terrorist attack."