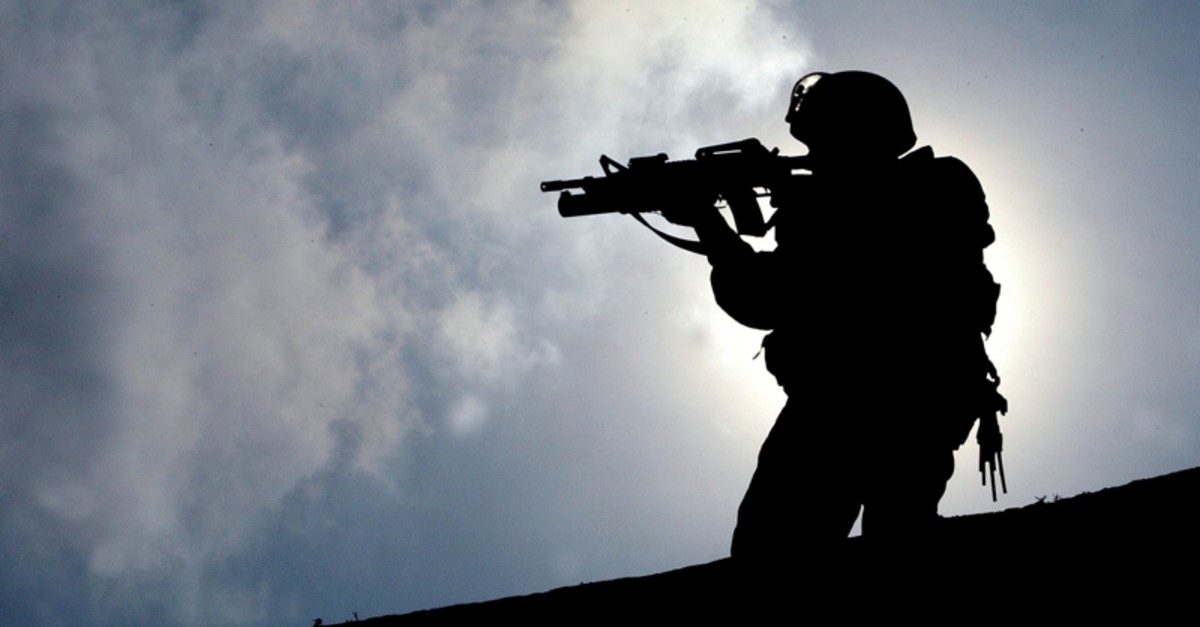 Seven current members of the U.S. armed forces, including an Air Force member stationed at Incirlik Air Base in Turkey, have been linked to a white nationalist group based on leaked chat logs, a report published Sunday said.

According to a HuffPost investigation, two Marines, an Army physician, an Air Force member, a member of the Texas National Guard and two Army ROTC cadets are members of Identity Evropa – a group listed as extremist by the Anti-Defamation League and the Southern Poverty Law Center.

Identity Evropa members chat on a server on the Discord app, which is popular among the "alt-right." The complete contents of that server were published last week by independent media collective Unicorn Riot, exposing identifying information of dozens of group members.

HuffPost's research discovered that the seven military members express deeply racist and anti-Semitic views and participate in Evropa propaganda activities on college campuses and city streets. Identify Evropa – which claims to have hundreds of members – was created by an ex-Marine and played a main role in organizing the deadly Unite the Right rally in Charlottesville, Virginia, in 2017.

The Air Force, Army, Marine Corps and Texas National Guard confirmed that the men identified by HuffPost are active service members. The military said it is investigating the men's alleged links to Evropa and whether they have violated rules on extremist activity and discrimination. Several of the names on the list are already under investigation on similar charges, the military said.

According to the information provided by HuffPost, the chats include racial slurs against Black Americans and Jews, including jokes about the Nazi Holocaust. The men shared photos of Evropa propaganda materials they posted on college campus and in the cities where they were stationed across the United States. Several of the servicemen have had overseas deployments, including to Afghanistan and Kosovo.

One of the members, identified by the Air Force as Airman First Class (E-3) Dannion Phillips, is currently stationed at Incirlik Air Base in Turkey. During his previous station at Tinker Air Force Base in Oklahoma, he posted photos of Evropa stickers that he put up around Oklahoma City in October.

HuffPost was not able to reach Phillips for comment.

While the attacks drew widespread condemnation, some anti-Muslim people mocked the massacre or sought to excuse the white terrorist's atrocities.

One U.S. Marine, identified by Twitter users as Erik Rijos, posted a video on his Instagram story following the attack playing Foster the People's song "Pumped Up Kicks," in which a gunman tells his victims to run "faster than my bullet" and "outrun my gun."

"My boi (sic) said this for the people of the New Zealand mosque," Rijos wrote on Instagram.

US Marine posted this to his Instagram, mocking the victims of Christchurch mosque attack by playing "Pumped Up Kicks," a song about a mass gunmen telling his victims to "outrun his gun," and "faster than his bullets." pic.twitter.com/tDWHXqa4xY

The presence of white nationalists in the U.S. armed forces has become an issue of growing concern, especially as commander in chief Donald Trump refuses to take a strong stance against far-right terror attacks.

When asked on Friday if he sees a global rise of white nationalism, Trump told reporters: "I don't really. I think it's a small group of people that have very, very serious problems, I guess."

Brenton Tarrant, the 28-year-old Australian terrorist responsible for Friday's terror attacks, wrote in his 74-page-long "manifesto" that he sees Trump as "a symbol of renewed white identity and common purpose."

Last month, U.S. authorities arrested white nationalist Coast Guard Lt. Christopher Hasson who was allegedly stockpiling weapons to carrying out a massacre of leftists and reporters as part of a plot to establish a "white homeland."

A Military Times poll conducted in 2017 found that almost 25 percent of U.S. troops said they knew of white nationalists in their ranks. The survey found the 30 percent of the service members said they viewed white nationalism as a greater threat to national security than conflicts in Afghanistan, Syria and Iraq.