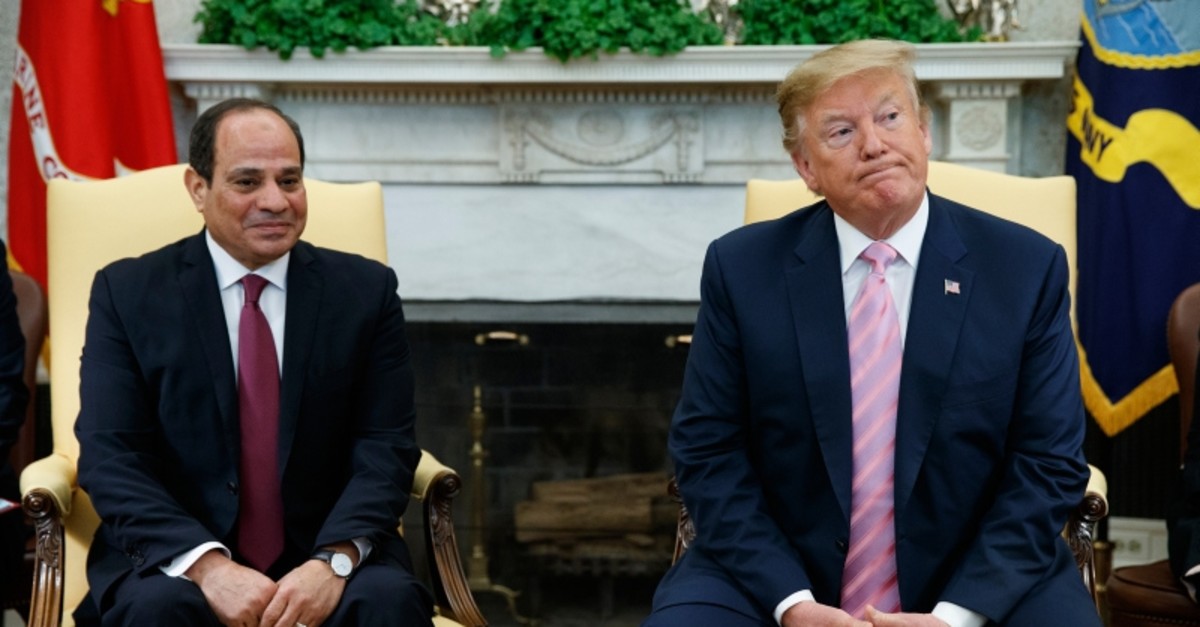 "I think he is doing a great job," Trump said as he sat down for talks with Sissi in the White House. "We have never had a better relationship between Egypt and United States than we do right now."

Egypt is one of the biggest US strategic partners — an Arab country that made peace with top US ally Israel 40 years ago and a major recipient of US aid.

However, Sissi faces accusations of overseeing the repression of political opponents, women and religious minorities in Egypt.

Later this month, Egyptians are expected to take part in a referendum that could see Sissi extend his rule beyond the end of his second term in 2022. Constitutional amendments would also increase the military's political role and bring the judiciary under Sissi's control.

El-Sissi led the 2013 military overthrow of elected but divisive Islamist President Mohammed Morsi. He has presided over an unprecedented crackdown on dissent, and was re-elected last year after all potentially serious challengers were jailed or pressured to exit the race.

The group also said Egypt's efforts to stem dissent had led to unfair mass trials, whether before military or civilian judges, for thousands of dissidents. Although many of those verdicts have been overturned, Egyptian authorities have executed at least 180 people since 2013, Human Rights Watch said.